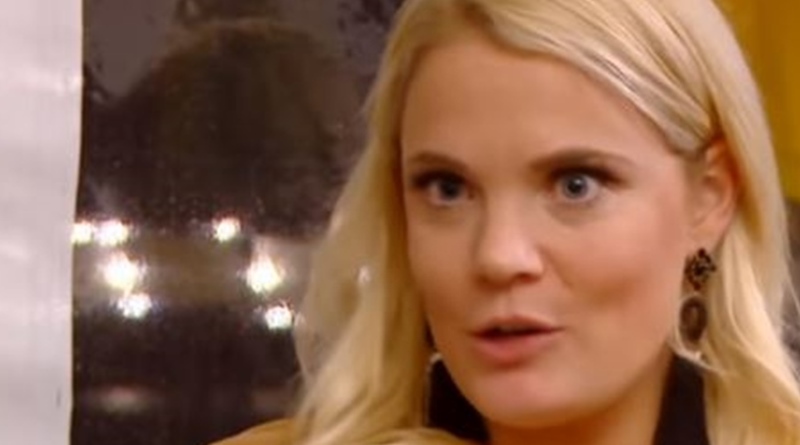 90 Day Fiance fans heard that Ashley Martson got her Instagram taken down. Well, she managed to get it back up, and she returned to exaggerate about a Reddit forum. Actually, one post about someone who reported Ashley for spam made it onto Reddit. But Ashley accused an entire forum.

90 Day Fiance – Ashley Martson announces her divorce papers signed, then gets shut down by IG

TV Shows Ace reported that Ashley claimed on her Instagram that Jay Smith finally signed the divorce papers. The next day, her account went down. Allegedly, she got shut down for spam, as shown in a screenshot taken from Reddit. Well, it didn’t take very long for Ashley to get her account back, and she’s wild. Naturally, she would be. Ashley’s made no secret of the fact she desperately wants a verified IG account, after all. In fact, it’s hard to imagine Ashley’s life with no Instagram.

The @187anonymousgossip account on Instagram shared the original post from Reddit. They captioned it with, “Ooohhh which one of y’all got Ashley’s account deleted 🤣.” Naturally, they predicted a meltdown. But, they also predicted a reopening of the account. Then they added, “Pic sent in from Reddit.” Many of Ashley’s detractors laughed about her shutdown by IG. You see, she’s not the most popular 90 Day Fiance cast member. Rumors and speculation arose because fans think she tells a lot of lies. But she’s back now and spitting mad.

The same Instagram account screenshot one of the first posts Ashley Martson made after her Instagram account restoration. She said on her Stories, “Nice try guys! Nice try!” Then she added, “Never realized…so important that a whole Reddit forum spent their time all reporting my account as spam.” Then she exaggerated, noting, they did it “all at the same time.” Ashley then ended by telling the forum, “Your mission failed, go back to your drawing boards.”

Well, if you search Reddit, good luck finding a “whole forum” plotting against Ashley. So no, fans of 90 Day Fiance hardly think it “important enough” for them to work together to take her down. Well, that seems to be the message coming from Redditors. One follower on 187 Gossip said, “I’ve been on Reddit a thousand years. That. Did. Not. Happen. TheEnd.” Another noted, “literally ONE user posted a screenshot. Nice try Trashley! 🙄”

Anddd she’s back and as annoying as ever..

Another critic noted, “I find it ironic as…[people rarely talk about] Trashley on Reddit. Legit, no one really cares about her anymore.” What do you think about Ashley Martson claiming an entire Reddit forum plotted to take down her IG? Do you agree that’s a huge exaggeration? Sound off your thoughts in the comments below.