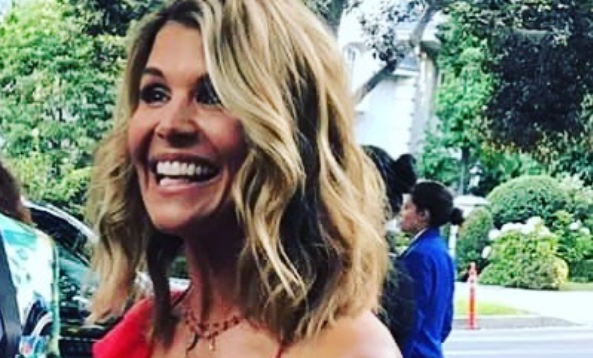 Lori Loughlin’s career has taken a hit since she got in the middle of a messy college admission scandal earlier this year. She’s been dropped from When Calls the Heart on the Hallmark Channel and Fuller House on Netflix. As Lori continues to deal on the fallout from the college admission scandal, an insider has revealed how she really feels about Fuller House ending. It doesn’t look like she’ll be saying goodbye to her co-stars anytime soon.

Lori Loughlin ‘saddened’ by the Season 5 finale of ‘Fuller House’

An insider told Entertainment Tonight that Lori isn’t happy that the hit Netflix series is coming to an end after the fifth season drops on the streaming service. In addition, Lori wasn’t able to attend the wrap party that took place on Friday, Nov. 15.

“The cancellation of the show felt like another blow but she just couldn’t take part in anything to do with her TV family right now,” an insider close to Lori revealed. “The cast is so compassionate towards Lori and feel terrible for her. They felt their final wrap party was not the same without her.”

Lori’s Fuller House co-stars are supporting her no matter what. As previously reported via TV Shows Ace, they don’t feel it was right to film the final season without her. Bob Saget revealed in an interview with Fox News that he hasn’t ended his friendship with her. John Stamos shared a loving message for the missing actress and the rest of the Fuller House cast on Instagram. Candace Cameron Bure and Jodie Sweetin referred to Lori as “family” when they were asked about her on the today show.

Lori is too busy to deal with TV drama right now. She has real life drama to contend with alongside her husband Mossimo Giannulli, according to Fox News. On Tuesday, Nov. 19, the couple pleaded not guilty to the latest charges. Lori and Mossimo are just two of the 11 parents who have been charged with bribery after pleading not guilty.

Neither Lori nor her husband attended court on Tuesday. Instead, their attorneys appeared on their behalf. The couple has previously pleaded not guilty to fraud and money laundering. Lori and Mossimo are accused of paying $500,000 in an effort to get her daughters accepted to the University of Southern California. Lori could face up to 10 years in prison if found guilty.

What are your thoughts on Lori Loughlin? Do you agree that Fuller House won’t be the same without her? Sound off below in the comments section and follow TV Shows Ace for the latest news on Fuller House.