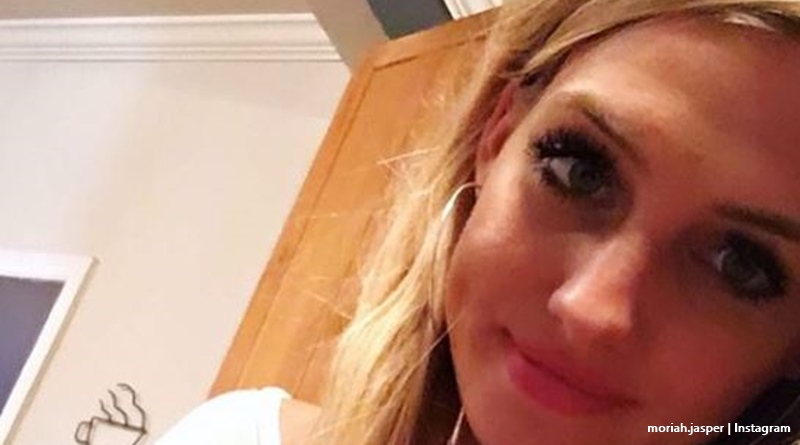 Welcome To Plathville daughter Moriah Plath shared a long and involved post on Instagram about her emancipation. Congrats and support poured in from her fans and friends. Moriah thanked many of them and agreed that leaving a sheltered home for the real world’s not easy. But, now it’s reported that she just joked around and Olivia, her sister-in-law, recanted it all. So, was it a joke, an elaborate hoax to fool the tabloids, or was it related to her TLC non-disclosure agreement (NDA)?

Welcome To Plathville – Moriah Plath goes public with her emancipation

193 words on an Instagram post makes for a long post. That’s how many words it took Moriah Plath to explain her feelings about being supported in her “independent” life. Part of that said, “I asked for the change… i’m getting it😛 i asked to be independent, i got that one for sure. i asked life to make me stronger.. i’m learning a lot and i hope i always will. anyway, i just wanted to say i love all of you tons and thank you again for being the awesome people you are in my life.”

That came five weeks ago. Discovered later, tabloids ran with the story about how the Welcome To Plathville star took the plunge and left the restricted life on the farm. If we look at the comments by her friends and supporters, and her responses, it seemed to cement the story.

Certainly, she never denied that she went all out for life away from the super-religious life on the farm. One fan said, “I think that you’re crazy brave and doing what you can to chase your dreams is amazing! You have a voice and you deserve to be heard!” Moriah replied, “omg, Thank you.” But now apparently it was only a joke and she’s not emancipated.

maybe it’s ok if i’m not ok cause the one who holds the world is holding on to me🥀🌎 i want to thank all of my friends who have cared about me so much and checked on me literally every day just to ask how i’m doing. i tried to hide it so long but at some point it became very clear to everyone except me that i was struggling with some things that are happening. so here i am admitting it😱 i can’t believe myself. okay.. yes i’m struggling a little or a lot you can decide that on your own but i’m gonna be ok. sometimes you have to go through something that completely destroys you in order to figure out who you really are, i asked for the change… i’m getting it😛 i asked to be independent, i got that one for sure. i asked life to make me stronger.. i’m learning a lot and i hope i always will. anyway, i just wanted to say i love all of you tons and thank you again for being the awesome people you are in my life🖤🖤🖤

Could it be a hoax to fool the media? Other responses by Moriah

If Moriah dreamed up a joke, then perhaps it’s big enough to be a hoax when factoring in her responses. Another fan said to Moriah, “You can do it! I grew up like you, sheltered. My parents were deeply involved in an IFB church. The only difference was I went to a small christian school. I hated every day of it. The sheltering to that extent is wrong. It can change your life and not for the good. I’m glad you had the courage to break free and glad you have Olivia.” Moriah replied with, “i totally agree with you! and i wanna send love and encouragement to anyone who is breaking free from that! you can do it❤️❤️.”

Yet another Welcome To Plathville follower said, “I’m so happy for you. Now take your freedom and be smart with it, have fun but be responsible and get that education and meet new people and have a successful wonderful life. ❤ Moriah replied saying, “WISDOM…thank you.”

Plenty of other comments like that earned similar responses from Moriah. So, if she never really became emancipated, could she possibly have enjoyed the joke with these hoax-like replies? If so, it’s actually quite cruel to those who took inspiration from her alleged emancipation. And, certainly, both her followers and the tabloids apparently swallowed it hook, line, and sinker. 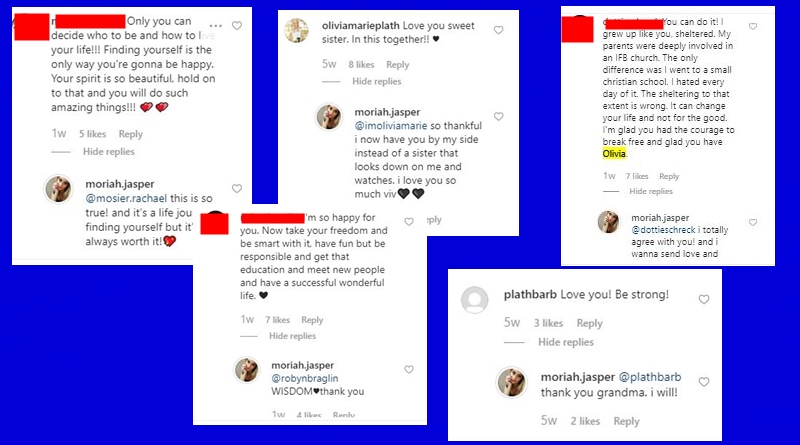 TLC’s NDA agreements – could that be a factor for the recanted emancipation?

Without A Crystal Ball on YouTube’s just one outlet with egg on their faces as they also covered the story. Now, they had to recant the fact that they also thought the Welcome To Plathville star broke free and got emancipated. According to them, her post got followed “by a comment from her grandmother, Barb Plath.” Barb wrote, “The courthouse is right there in Cairo! Birth certificates!”

Allegedly, this showed that Moriah was just “joking,” said Katie of Crystal Ball. But the comment by Barb came after Olivia Plath wrote, “Love you sweet sister. In this together!! ♥️. Moriah’s reply to her sister-inlaw:’ @imoliviamarie so thankful i now have you by my side instead of a sister that looks down on me and watches. i love you so much viv🖤🖤.”

Katie elaborated on the so-called Welcome to Plathville “joke.” She said that apparently, “Olivia responded.” She never “grabbed the screenshot,” says Katie. (And it’s strange that seems to be the only comment we can’t find, either). Anyway, allegedly Olivia said, “Actually, that was a joke.” Apparently, it’s been “a long-running joke that Moriah wants to be emancipated.” Katie noted that she apparently went to Minnesota to stay with her grandparents for a short while, but later got forced to return to the farm in about October.

Well, perhaps that’s really what happened. But, factor in that the show’s doing well. After all, fans might want more than six episodes. Actually, it’s easy to predict another season.  If that’s the case, perhaps Moriah spoiled her own storyline with that post. That could contravene her NDA with TLC. After all, just a week ago, Moriah was still thanking those who encouraged her new independent life.

What really happened with Moriah of Welcome To Plathville?

Perhaps we’ll never know the truth of that post by Moriah about emancipation. If indeed, she did joke, then one would expect a good Christian girl to have admitted it ages ago. But, some fans wonder just how Christian the family really is? The entire storyline involving Olivia the daughter-in-law seems rather toxic, some people think.