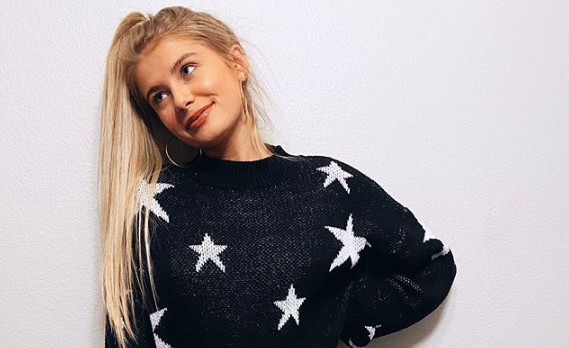 Bachelor in Paradise star Demi Burnett is opening up about her mental health. She’s revealing the big mental health hurdle she had to overcome for the “first time” ever. Demi Burnett has been making headlines for her time on the Bachelor franchise. Her hilarious comebacks were much needed during Bachelor Colton’s boring season. She also was thrilling to watch on Bachelor in Paradise as an open and honest LGBTQ person.

Demi also became the first-ever bisexual Bachelor contestant. Her public relationship with Kristian Haggerty on BIP made history. Theirs was the first-ever lesbian relationship that was featured on the Bachelor franchise. As previously reported via TV Shows Ace, the couple ended their relationship in October 2019. Demi just revealed that she’s focusing on her mental health during this difficult time.

According to Showbiz Cheatsheet, Demi Burnett took to Twitter to exclaim that she took the “first ever” step for her mental health. The former Bachelor in Paradise contestant didn’t feel comfortable sharing this big reveal at first. But Demi realized it’s important to talk about her mental health. Her message could end up helping someone else.

“I made a big step yesterday and I went to therapy for the first time,” she tweeted. “I didn’t want anyone to know, but I realized there is no shame in asking for help and working on my mental health.”

“It felt good to let my guard down.” Demi continued. “Take care of yourself.” She ended her tweet with a heart emoji.

Demi caught in the middle of recent dating rumors

While Demi has admitted that she’s focused on her mental health, she’s still caught in the middle of dating rumors. Kristian Haggerty just responded to the claims that she dated Demi for the fame. Bachelor in Paradise fans were distraught over the news that their beloved couple ended their relationship in October. The LGBTQ couple has gotten a following after their historic relationship aired on Bachelor in Paradise.

Nick Viall also set his dating rumors with Demi straight. Rumors have been swirling that Demi is Nick’s newest love interest. On his podcast called Viall Files, Nick said that one of his close friends have been sharing the details of his personal life on Reddit without his consent. Nick went on to address the dating rumors and said that the two are just friends.

“Demi is a close friend, a dear friend,” Nick added. “We’ve become close and I care very much about her.”

While Demi has visited Nick at his home a few times, they’ve never hooked up. He insisted that they’re platonic friends who happen to visit each other’s houses. Nick and Demi are not dating, and Demi’s relationship with Kristian was very much real. Don’t forget to follow TV Shows Ace for more news and updates on the Bachelor franchise.

‘Sister Wives’: Are Kody & Robyn Brown About To Be Homeless?!
Kylie Jenner Is The Latest Kardashian Member To Have A Crazed Stalker
Does Colton Underwood Have A Boyfriend? (No, Not The Plant)
‘Bringing Up Bates’ Stars Zach & Whitney Bates Welcome Baby No. 4
TLC’s New Series ‘So Freakin Cheap’ Trailer Drops, Air Date Confirmed