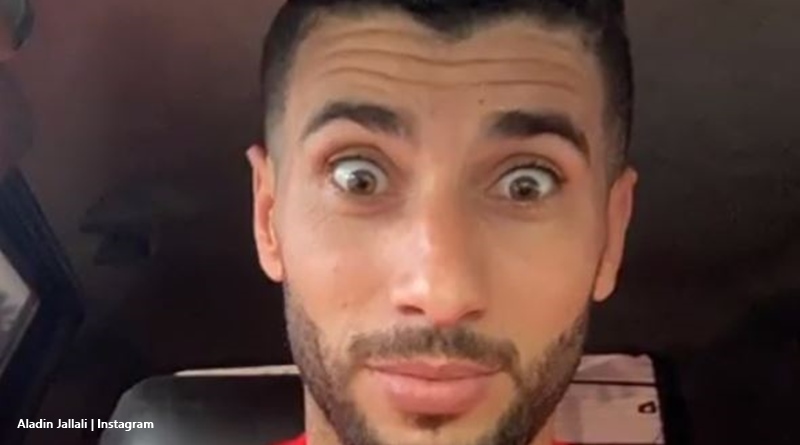 90 Day Fiance: The Other Way ended in disaster for Laura, who married and then got divorced by Aladin Jallali. Tunisia looked really fun and beautiful while she still shared about her experiences there. Now, Aladin announced and promotes his new business venture with MC Travel Tours. Many fans express an interest in the tours, but some of them worry about whether it’s safe to visit Tunisia.

Fans of the TLC show wondered what Aladin planned after the show ended. TV Shows Ace reported that Laura went off to Ecuador. She since faded into obscurity. But, Aladin maintains a large following of fans since the show ended. Actually, many of them like the look of Tunisia. They all show a lot of interest in his new travel company that he launched on November 10. And, it sounds like a good deal, a great time can be had, and fans get to spend time working out and meeting Aladin.

The 90 Day Fiance star’s not alone in the venture. On their brand new website, MC Travel Tours notes there’s a Canadian connection. The site explains, “Our Dream Team consists of three partners – a partnership between Tunisia and Canada.”  They note that the company employs “experienced guides” and a fitness trainer from Qatar seems to be a partner. Possibly, the Canadian connection’s their marketing and business management expert.

How safe is Tunisia?

The travel company advertises all sorts of fun activities. Part of those includes spending time with Aladin. They assure would-be clients that the 90 Day Fiance star’s “even warmer, funnier and more engaging in person than you saw on TV.” But, a few fans commented on his promo posts that they worry about how safe it is to visit Tunisia. As one fan commented, “But there’s a high risk travel advisory from Canada. How are you in partnership and bypassing the risks?” Another agreed, saying, “The high risk travel advisory is very real, not to mention that many women have been victimized by men in Tunisia.”

One person who travels there frequently said: “the place is safe.” But, as 90 Day Fiance fans want to know, and Aladin never replied, we went to find out what we could about it. Certainly, there looks like some risk is involved, according to a US travel advisory in January this year. The Department of State website noted, “Developments in Libya continue to affect the security situation along the Tunisian-Libyan border in areas such as Ras Jedir and Dehiba along with the cities of Ben Guerdan and Medenine.” They also note that people should avoid the Western Mountains and Chaambi Mountain National Park. They talk about an increase in terrorism.

Other news about safety in Tunisia

The UK government’s travel advice got updated last month. They show the main areas to worry about stretch along the western border with Algeria and the southern border with Libya. However, they also noted, “The Tunisian government has improved protective security in major cities and tourist resorts.” But once again, they caution people to always be vigilant and to follow the advice of any tour company they may be with. It’s not out of the question that tourists from Western countries could end up as terror targets.

But if you’d like to take the tour with Aladin of 90 Day Fiance, probably it’s one of the safest options rather than trying it solo. World Nomads notes that local tour operators know the customs. It’s especially important when it comes to LGBTQ travelers. Plus, they can advise female visitors on the acceptable dress and social behavior. Locals know the impact of dangerous incidents on their business. So, they usually avoid known danger areas wherever possible.

Do you plan a visit to Tunisia with Aladin Jallali’s travel company? Let us know in the comments below.

Remember to check back with TV Shows Ace often to keep track of what’s going with the cast of TLC’s 90 Day Fiance.

Did Amy King Know That Josh Duggar’s Arrest Was Coming?
Who Alerted Authorities & How Did Josh Duggar Get Busted Originally?
Wait, Did Josh Duggar Have Pornographic Photos Of Babies Too?!?
Derick Dillard Hints That Other Members May Leave The Duggar Family
‘OutDaughtered’ Season 8 Finale Gets Fans Raving For More