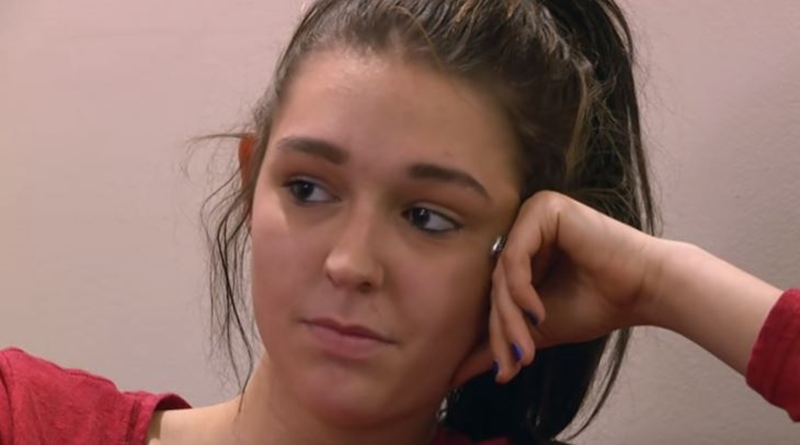 Unexpected fans heard that Hailey 2’s pregnant during the Tell-All. Plus, Matthew made an announcement on his Instagram about it. Their baby’s expected in about April next year. Now, Hailey 2 seems to have confirmed the rumors of a split between the couple really happened.

When Matthew announced that he and Hailey 2 expect a baby, he came over all full of joy and happiness. In his post, TV Shows Ace reported that he said, “Hailey brings him only “blessings,” in fact, his “biggest blessings.” Well, that seems a bit shortlived, as shortly after that, rumors arose that the couple split. And, it seemed a big pity, as now, in his wake, Matthew leaves two children and he’s still a teenager.

Fans of Unexpected recall that originally, Matthew was the baby daddy of Hailey 1. Hailey 2 and Hailey 1 were best friends. That is until Matthew made a move on Hailey 2, who took off with him. That left Hailey 1 raising their child by herself. So, fans of the TLC show were actually very critical to hear that Hailey 2 also expected a baby. In fact, we reported that Hailey 2 even got death threats. But, then rumors came that Matthew and Hailey 2 split, and now it looks like Hailey 2 confirmed it on her IG Stories.

Although we already know that Hailey’s expecting a boy, and we reported that back on November 11, she shared the gender again on November 19. Then she followed that up with a Story where she mentioned Matthew and her aren’t together. In her second gender reveal, the accidental Unexpected mom-to-be wrote, “Update on my peanut…It’s OFFICIAL he is a healthy baby BOY 💙 We got to see his little hand and foot. His heartbeat sounded amazing and he’s growing right on track!”

She added, “I’m just glad to know he’s doing perfectly fine. Mommy loves you so much already.” Presumably, Matthew was around for that, as Hailey 2 wrote about “we.” But, it seems they actually don’t date anymore. On her IG Stories, Hailey then shared, “@Matthew_001, Even though we aren’t together right now, thank you for being here for me and our son.” So, that seems to confirm the split rumors. 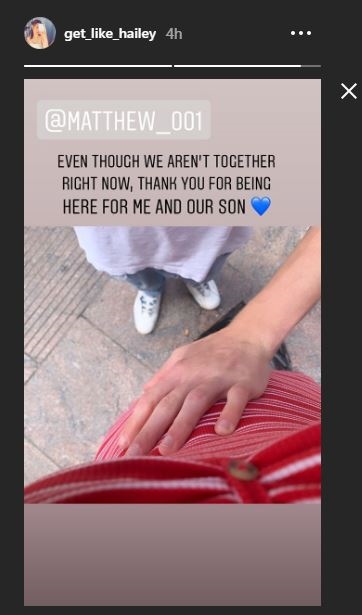 On the split, Starcasm reported, “Neither Matthew nor Hailey 2 have revealed any details about what may have caused a split.” Plus, until now, nobody actually confirmed they were no longer together. What do you think about Hailey 2 seemingly confirming they split? Sound off your thoughts in the comments below.