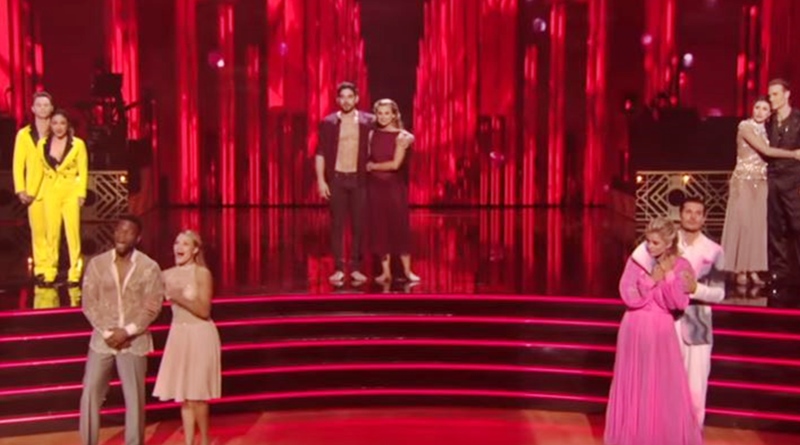 DWTS semi-finals brought a shock elimination. We saw an emotional show where James Van Der Beek revealed his wife suffered a miscarriage. And, we saw him get sent home as well. Hannah Brown got through, as did Ally Brooke by the skin of her teeth. Plus, Lauren Alaina and Kel Mitchell made it through. But ahead of the show, the readers’ polls on Gold Derby got it way off the mark. And, it seems the ABC shows been one surprise after another with eliminations.

TV Shows Ace reported that Hannah Brown’s very thankful for her fans and supporters who keep on voting for her. Somehow, although looking vulnerable at times, she managed to survive the semi-finals with her dance partner Alan Bersten. But, somehow, even Hannah’s fans always expected the final showdown to come between her and James. Now, James is out of the picture and it came as a bit of a shock. Even Ally Brooke displayed her shock at the news.

In the show, we saw that Ally Brooke and James came out with the two bottom scores. When the judges announced that James would go home, his DWTS co-contestant begged them to send her away.  CNN reported that Ally begged Bergeron to keep James and give him her place. But, they refused, as that’s not how it works on Dancing with the Stars. Mind you, even seeing Ally near the bottom might be a great shock to those who polled on Gold Derby ahead of the semi-final.

Granted, Gold Derby‘s not infallible, but usually, they’re not that far off with reader polls, votes and predictions. But the DWTS semi-finals seemed incredibly far off. In fact, on November 18, their reader’s polls indicated that James Van Der Beek still looked rock solid for the Mirror Ball Trophy. Writer Daniel Montgomery noted that while he was definitely a strong front-runner, more people swung towards Hannah Brown. But his elimination seemed nowhere in sight.

Next, the prediction polls for the winner prediction odds showed Ally Brooke sitting comfortably ahead of Alaina and Mitchell.  Plus, of course, James sat at the top at 3/2 odds with Hannah Brown under him. Then, in the most likely to be eliminated or withdrawn odds, Ally again came in as a better chance to remain in over Alaina. So that came off a bit skewed as it was a very close call for Ally to actually go home in the semi-finals.

What do you think about readers’ polls and votes getting it so very wrong with Ally Brooke and James Van Der Beek? Were you shocked at his elimination? Sound off your thoughts in the comments below.