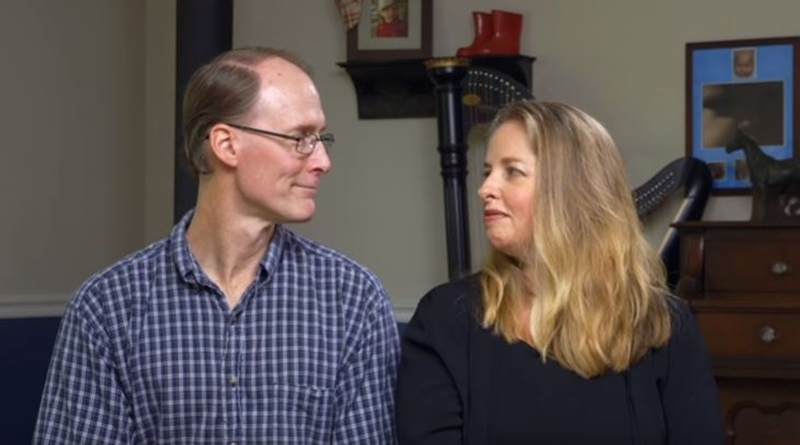 Welcome To Plathville brings an unusual scenario. The show presents us the idyllic life of a conservative religious family, but we see conflict with Ethan’s wife, Olivia. So, any likeness to the Duggar family of TLC’s Counting On went out the window straight away. We reported on November 15 that Ethan Plath’s wife Olivia promised to talk to the Without A Crystal Ball YouTube Channel. And, now she did, we see more fractures than suspected.

The six-episode show from TLC brings us Kim Plath and her husband Barry. They imposed severe restrictions on their brood of nine kids. Two of them married, and we since discovered that one, Moriah, broke free after meeting her sister-in-law Olivia. In subsequent reports, we discovered that Olivia and Kim just don’t get on at all. Even in the show, we saw her clash with Olivia, who lives a more normal life. While her own kids are denied soda, television, and any knowledge of celebrities, Olivia broke away from her restrictive upbringing in her late teens.

The show portrays Olivia as arriving on the scene to marry Ethan and then she’s the root of the evil that contaminates the other kids. But, the so-called-idyllic life on the farm in Welcome To Plathville might have started fracturing before her arrival. Now, delivering on her promise to talk to Without A Crystal Ball, it seems the cracks started before she married the eldest son. And, daughter Moriah isn’t Miss Popular with her parents for being “different” to the other kids either.

TV Shows Ace formerly reported that Olivia feels unwelcome and unloved by Kim and her husband Barry. And, listening to what Without A Crystal Ball says, that’s not likely to improve. Cheatsheet noted that in fact, Ethan grew unhappy with life at home before he married Olivia. Olivia seems to have taken him by the hand into adult life and introduced him to the real world. Olivia won’t win affection from Kim, it seems. In the show, we heard her tell Olivia that it’s not her place to tell her how to raise her kids.

Watching the video, some rather alarming allegations about Welcome To Plathville emerge. Katie, who runs the channel narrated a few things we don’t see in the show. Katie enjoys talking about cults and fundamentalists, so she’s very interested in the show. As she points out, the so-called “wholesome” family from Georgia isnt that wholesome after all. And, it’s not confined to the fact that Olivia drinks alcohol and eats sugar. Plus, it seems it’s not all about a differing point of view about religious interpretation. We’re talking “poltergeist” here, Katie says.

What’s wrong with the Plath family?

Olivia came from an extremely restrictive family as well. Mostly, aimed at women as chattels and baby-makers, she got out of it as a young adult. So, she’s not afraid to speak out. Now married to Ethan, Kim hates that she’s so emancipated. And, in her mind, Kim is not a really caring mom. Making the Welcome to Plathville show’s her way of “capitalizing on her family” and getting “fame,” Olivia alleges. Plus, she says that Kim and Barry think she’s “possessed with evil spirits.” Furthermore, Kim allegedly allows Moriah to associate with her and Evan as she’s also “lost to the evil spirits.” Okay, that sounds really out there but it isn’t all that uncommon in super-religious families.

The cracks came before Ethan met Olivia however. The eldest son in Welcome to Plathville allegedly never saw his mom cook him a meal. Also, he can’t recall her hugging him since he was about 12-years-old.  Next, the band they perform in isn’t fun and it’s hard work for the kids. For his sisters, they pretty much act as domestic help while mom Kim spends a lot of time watching videos on her phone. So, it looks like restrictions for the kids don’t apply to her own lifestyle. And, it seems she’s the big boss of the family, while Dad Barry just goes along with it all.

What do you think about Olivia’s take on life on the farm? Obviously it’s not idyllic. Perhaps Ethan and Olivia should move as far away as they can from the Plath mom and dad. Sound off your thoughts in the comments below.