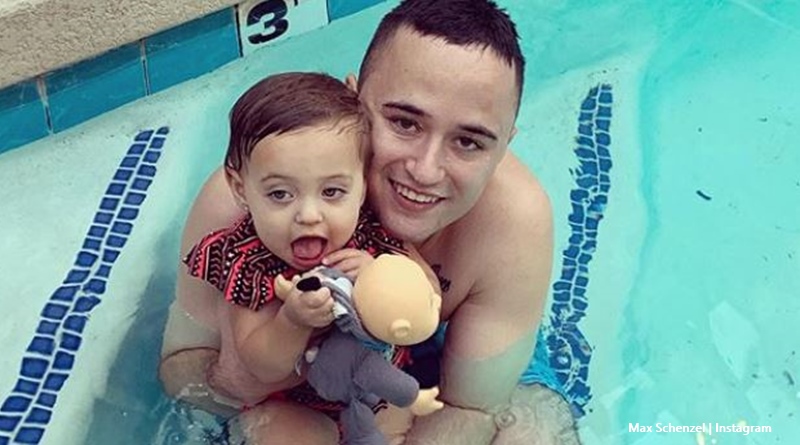 Unexpected fans heard in mid-September that Max Schenzel accused Chloe Mendoza of cheating on him. And, things looked grim back then. Plus, later we heard that Chloe’s mom slammed him for telling lies about his successful AA retreat. But, now he shared a post on Instagram. In answer to fans, he confirmed they are definitely still together.

Unexpected – the cheating allegations by Max Schenzel came in September

In September, TV Shows Ace reported that Max took to his Instagram and accused Chloe of cheating on him. The post got removed, but at the time, he sounded really upset. He wrote, “This girl right here has been cheating on me for the past month behind my back. I gave her everything and all the time in the world and in return she was with another guy. Yet her and her parents blamed me for everything. She would also unshare her location while going to the guys house and say her ‘phone died and she’s at her grandmas’ Don’t trust THESE HOES!”

Shortly after that, a hint came that maybe Chloe and Max moved on from that. It came from Chloe’s mom, who slammed him for fibbing about his AA retreat. He shared that he felt so good after doing his retreat. But, Starcasm reported that they found some messages apparently between Max’s dad and Chloe’s mom. Apart from allegations that he never actually complete the retreat, she also said, “Chloes believes everything he says.” Well, that indicated the Unexpected dad still spoke to Chloe despite the cheating allegation.

Max confirms he and Chloe are still together

On Sunday, Max took to his Instagram and shared a photo of little Ava. She sat in a high chair at a food outlet somewhere. Max captioned it with, “Breakfast with this little one.” One fan immediately commented, “I hope you guys are back together.” Well, the good news is that Max replied saying, “we are.” Happy fans loved hearing that. One fan said, “She’s so precious!! Daddy made over!! So happy to see that things are going better for you!! I’m praying for you. Blessings to you, Chloe and sweet lil Ava❤️.”

Other Unexpected fans also quickly stepped in to have their say. One said, “Keep up the hard work! Your an amazing dad.” Then another wrote, “Max stay clean. I know it’s hard, but you have the strength to get through it. You have such a supportive loving father. Lean on him for strength when you feel weak. Ava is so beautiful. So happy you and Chloe are back together.💙”

Breakfast with this little one 😇❤️

What do you think about Max Schenzel confirming that he and Chloe Mendoza are definitely together? Do you think that’s good news? Sound off your thoughts in the comments below.

Remember to check back with TV Shows Ace often for more news about the cast of TLC’s Unexpected. This show is coming back for another season, but the date hasn’t been revealed yet.