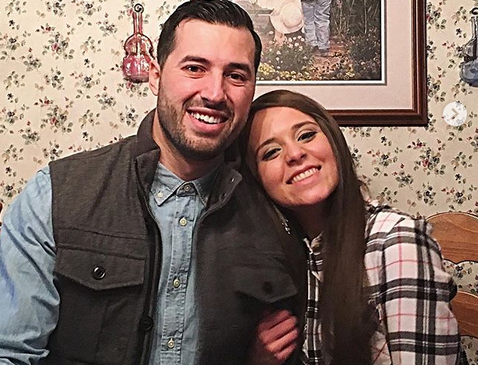 As previously reported via TV Shows Ace, the couple moved to Los Angeles back in June and they seem to be getting well-acquainted with the scene. They were able to score tickets to Kanye West’s Sunday Service in late October. Jeremy Vuolo revealed that he’s obsessed with the rapper’s new album Jesus Is King. Jinger and Jeremy documented the entire service on Instagram Stories.

This comes as a shock to fans of the Duggars since they don’t normally cross paths with celebrities. Jinger even admitted on a previous episode of Counting On that she’s never heard of the Backstreet Boys before. So, it had some fans wondering how these two learned of Kanye West and his star-studded worship services. According to a report via OK! Magazine, Jeremy admitted that their time spent at Kanye West’s Sunday Services was an “interesting experience” for both of them.

It was also the couple’s first time listening to Jesus Is King when it first dropped. Jeremy Vuolo was so taken by West that he even checked out the film when it premiered at select IMAX theaters back on Oct. 26. While this may seem bizarre, it turns out the former professional athlete has a special connection to the rapper.

“The pastor where Kanye’s been going to church in the last few months graduated from the seminary where I’m currently attending and is pastoring a church at The Masters University, which is the university associated with the seminary here in Los Angeles,” Vuolo revealed. “The pastor has a little church there and in God’s providence Kanye began attending.”

A few thoughts in response to some of the questions I’ve been getting about Kanye’s latest music and projects.

A few thoughts in response to some of the questions I’ve been getting about Kanye’s latest music and projects.

Vuolo admitted that he was aware of the rapper’s previous work. “I know some of his previous albums were very explicitly blasphemous,” the Counting On star said. He then went onto reveal why Christians shouldn’t shun West out.

“Kanye is claiming to have been born again. He’s a new man, according to his confession,” Vuolo said. “Some of you need to be careful that you’re not responding like a Pharisee and looking at a sinner like Kanye West and saying ‘Jesus could never save him’ or ‘How dare you claim that Jesus could save him. He’s still the same filthy sinner.'”

Vuolo continued to critique West’s latest effort adding, “From a musical perspective it was one of the greatest pieces of musical art that I’ve ever witnessed live. It was astonishing.”

Is a Kardashians-Duggars crossover episode in the works?

The Duggars and the Kardashians are two families that come to mind when people think of reality TV. While most fans think they’re polar opposites, they’re more alike than you think, according to Life & Style Weekly. For example, they’re both heavily involved with their faith. The Duggars were known for their Christian views, while the Kardashians have embraced Christianity over the years.

However, the Kardashians were always faithful Christians long before Kim Kardashian had Kanye West on her radar. The clan has often been spotted attending church on Easter and Christmas. Meanwhile, the Duggars are known for their staunch conservative beliefs like not allowing the women to wear pants. They also prefer their daughters to marry young and have children as soon as they turn 18.

In addition, both families thrive on reality TV. They can’t seem to stop having spin-off series or children. They also both love naming their children with one letter. And they thrive on bad publicity while being famous for just being famous.

Kanye and I celebrating @riccardotisci17 and presenting him with the Fashion Innovator Award at the @wsj Awards! First pic 📷 @slovekinpics/@shutterstocknow

With all these similarities in mind, a Kardashian-Duggar crossover episode wouldn’t be out of the question. Fans have expressed interest in such an episode before, as evidenced on the DuggarSnark subreddit. Since Jinger Duggar and Jeremy Vuolo are big fans of Kanye’s music, they could ask Kanye and Kim to appear on Counting On. Or, maybe the Duggars can appear on an upcoming episode of Keeping Up With the Kardashians.