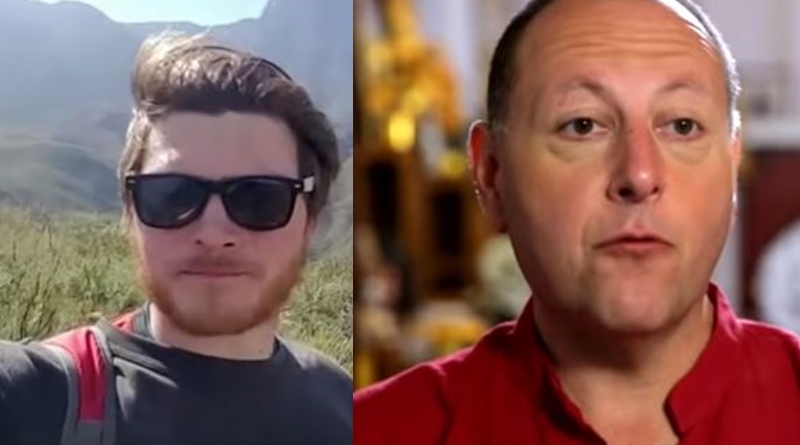 90 Day Fiance newcomer Syngin Colchester and David Toborowsky already discovered they share an interest in Thailand. Now, it looks like David’s rather keen to explore South Africa on vacation. And, who better to go with that Syngin Colchester who knows the country and the best wildlife places for his bucket list?

Back in October, Syngin from South Africa shared a post on his Instagram about a trip he made to Thailand. He captioned it with, “Just fooling around a pick from thailand..it was my first trip out of africa.” Next, along came David Toborowsky, and fans know his wife Annie comes from Thailand. David said that Thailand’s his “favorite place in the world.” In the discussion that followed, it turned out that they both went to the same places at one stage or another.

The veteran 90 Day Fiance star David, currently with Pillow Talk, noted Annie lived there. He said, “Annie’s province is across from Laos we love Vientiane. I used to live not far from Ayutthaya. One day when you can travel would love to show you.” It came after Syngin mentioned, “that pic was in Ayutthaya. but I was in sihku doing permuculter and was on koh Phangan island. and then to loas vang vieng awesome trip.” Well, it would be nice to imagine them off on a trip to Thailand together. But, looking at Syngin’s current financial circumstances in the USA that might be a long while coming.

Just fooling around a pick from thailand..it was my first trip out of africa..#thailand #90dayfiance #asia #travel #reality #realitytv #lovelife #photography #naturephotography

David Toborowsky comments on a vacation to South Africa

The conversation that turned to a discussion about a vacation to South Africa came when Syngin shared another picture. It showed a friend’s place in the country. His hashtags tell us the house is in the wilder area of the Limpopo Province. It’s in the north of the country, a long way from the Cape where he met Tania. The province is home to the famous Kruger National Park but also contains many private game conservancies, lodges, and farms.

In his photo, the 90 Day Fiance star showed some warthogs. He captioned it with, “Outside my friends hous[e] animals are free and we live with them…its awesome..vlakfark.” It doesn’t seem he’s living there right now, but perhaps he means when he’s at his friend’s place they live among free animals. Anyway, the word vlakvark means “common warthog,” according to the Dictionary of South African English.

Maybe Syngin and David could go to South Africa together

David noted that it’s “so cool.” Plus, he mentioned that they “can’t wait to go to South Africa.” In reply, Syngin said that he could give them advice. Like “where to visit to get the best South African experience.” He also mentioned places other than “tourist spots.” David replied, “can’t wait until you can go with us.” Well, travel with locals always brings the best experience.

Maybe one day, Tania, Syngin, David, and Annie get to visit the wild places in the country together. That would make an awesome experience and possibly find it’s way onto YouTube for all of their 90 Day Fiance fans.

What do you think about David Tobrowsky and Syngin Colchester talking about a vacation to South Africa? Would you love to see them traveling around the wild places? Sound off your thoughts in the comments below.

Remember to check back with TV Shows Ace often for more news about the cast of TLC’s 90 Day Faince.