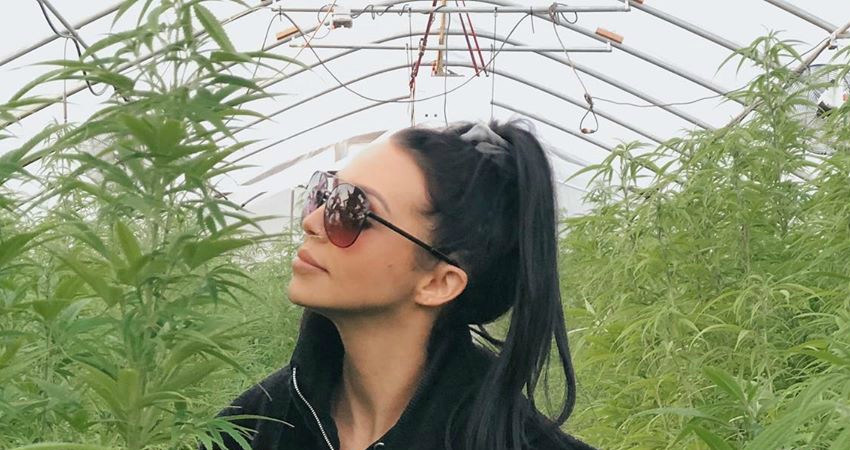 Vanderpump Rules fans have seen Scheana Shay through marriage, divorce and several dating snafus. According to People, that’s all about to change. During her appearance at Bravo’s fan convention over the weekend, Scheana reveals her new low-key approach to relationships.

Reports surfaced a few weeks ago that Scheana was dating someone new, rugby player Brock Davies. TV Show Ace has the scoop on the VPR star’s new man. Now Scheana opens up for the first time about her boyfriend.

VPR Star Says She ‘Doesn’t Need to Brag’ About Boyfriend

Scheana drove fans and co-stars nuts during Season 6 by constantly saying then-boyfriend Rob Valletta could “hang a TV in 7 seconds.” Based on her comments at BravoCon, fans won’t be hearing about her new boyfriend’s TV-hanging skills.

“I’m happy. I don’t feel like I need to brag about him because I know he’s not going anywhere.”

The couple have been dating for months and still aren’t Instagram official. That’s a record for Scheana who is an open book with her relationships.

Perhaps she learned after SUR barback, Adam Spott’s refusal to profess his feeling for her aired on the Bravo show.

As for Brock, Vanderpump Rules co-star Lala Kent gives him her seal of approval.

“She doesn’t have to brag about him because his actions speak for themself. And he’s so hot. He’s a snack and a teddy bear.”

The Couple’s Whirlwind Trip to Bali

While the couple reportedly met in San Diego, he originally hails from Australia. Brock recently surprised Scheana by taking her on a whirlwind trip to Bali. She posted a photo on her Instagram with the caption: “I live here now.”

Other portions of Scheana’s Bali experience was captured on her Instagram, such as gazing up at an elephant.

Just call me “Sheena, Queen of the Jungle” 🐘

What to Expect from Season 8 of Vanderpump Rules

It’s less than two months until Season 8 of Vanderpump Rules premieres. Much of the hype has been about Jax Taylor’s feuds with his co-stars. Jax recently unfollowed most of the cast on his social media accounts. This mass-blocking sparked rumors of a feud between Jax and bff Tom Sandoval.

From the trailer, Scheana doesn’t seem to be directly involved in any of the drama.  Perhaps she’s bringing that low-key attitude to Vanderpump Rules. Her relationship with Brock began after Season 8 had completed filming. Only time will tell if he makes it long enough to be on Season 9.

Amy Roloff’s Dream Comes True, Matt Gets Pulverized By Cannonballs
Kim Kardashian Spills What She Wants From Her Next Husband
Josh Duggar Preaching In Prison Might Not Work Out So Well This Time
Maddie Brown Brush Shares The Background Photo On Her Phone
‘Bachelorette’ Preview: Katie Warns Clout-Chasers To Get The Eff Out