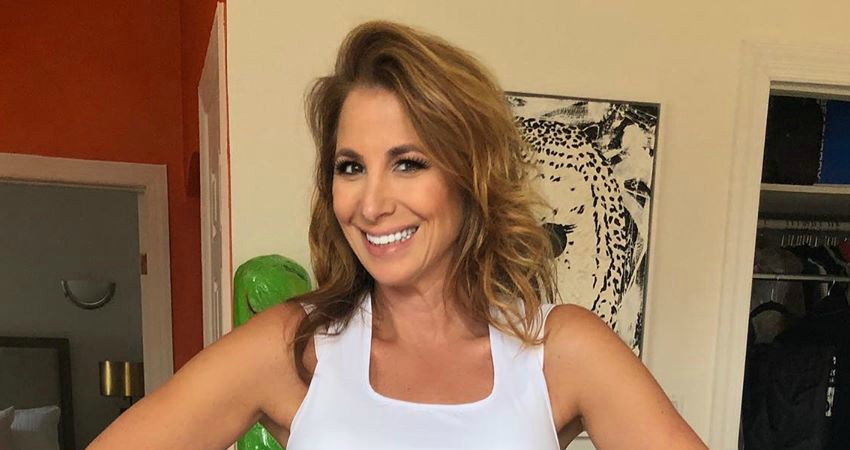 The RHONY alum opened up to ET about her falling out with co-star Bethenny Frankel and if she sees herself returning to the reality show.

Where Do Jill and Bethenny Stand Now

As longtime RHONY fans know, Jill and Bethenny had a very public falling out. The two famously feuded on the show before they separately departed. One of the issues with Jill’s feeling that Bethenny wasn’t there for her during her husband, Bobby Zarin’s, health problems.

However, fans can rest easy knowing that things are good between the former friends. Jill reveals that they reconnected when Bethenny attended Bobby’s funeral in 2018.

Bethenny recently announced her departure from the hit Bravo show. She reportedly has a new reality show in the works with producer Mark Burnett.

“We’re in, like, legal paper stage for two shows that I’m partnering with Mark Burnett on — one that I would be in, that would focus on me and a lot of the business aspects of myself and the next stage of my life. And the other one, I’m not in. I’m just producing it.”

Now that there is a vacant apple in the opening credits, fans want to know if Jill would return to RHONY. While she does make occasional appearances in Season 11, she doubts she would return full-time.

“I could never live up to the fans wanting me to come back, but I think I’m done. The time is over for me. II had my run and I’m very happy I did.”

Jill also shared her thoughts on whether Bethenny might come back someday. Never say never, but:

“I probably would be surprised because I think she’s done, but what do I know, you know? I don’t really know.”

Jill Reveals Her Thoughts on a Possible Third Marriage

The former RHONY star admits to People that she thinks about getting married again.

Happy Happy Birthday…., thank you for you kindness, generosity and sense of humor … you make everyday better than the last. 😘❤️

If the couple do walk down the aisle, Jill doesn’t see herself wearing a white dress. It would be her third marriage. Besides Bobby, she was married to Steven Shapiro, the father of her daughter, Ally. It would also be a small wedding.

“You have 200 people come. If you do the math, you spend 15 seconds with each person, you’re lucky. Most of them you won’t even talk to. And if you look, by the time dessert comes, half of them are gone. They can’t wait to leave. It’s like they’re doing you a favor showing up for your wedding. Who needs that?”

Season 12 of The Real Housewives of New York premieres on Bravo sometime in 2020 with a new cast member, Leah McSweeney.

Maybe it’s a coincidence but the fact that Bravo Con is at the same venue where I was assaulted by NYPD has me in my feelings! Full circle shit. Grateful and honored to be on RHONY Season 12 with these women. Ps. We missed you @sonjatmorgan #RHONY #BravoTv #bravocon