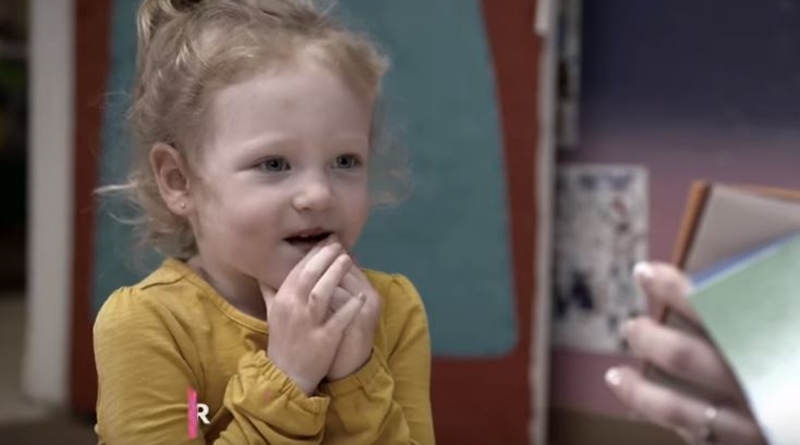 OutDaughtered fans recall watching the Busby quints going to their school testing. At the time, we reported that Riley did a fantastic test. But, not so much Parker. Fans already noticed that Parker seems very quiet and withdrawn. So, should they have done her school test on camera?

When the school tests happened, Parker stood out as very shy and hesitant. In fact, she kept looking at the camera, Cheatsheet noted. Plus, she looked terrified of coming up with the wrong answer. And, inevitably, she did. Fans couldn’t help wonder if she feared saying the wrong thing and might get into trouble. We know from other clips shown by TLC that Parker suffers from a lot of anxiety in front of the cameras. Sometimes we saw her act out and even throw tantrums. It worried Adam Busby sufficiently, that he pushed Danielle for them take Parker for an occupational therapy check.

Interestingly, in the article we wrote about that, Adam even confessed that “Danielle and he were on “opposite sides.” And, he hoped a professional could “guide” them through it.” It seemed that Adam worried Parker suffered from anxiety, but Daniel maybe thought she just misbehaved. Plus, Danielle even said at their visit to the occupational therapist that “Parker hates new things and being in the spotlight.” So, testing her for school in front of cameras and a stranger assessor hardly seems fair. But the OutDaughtered mom also mentioned that Parker and it all “being about her, feels backward.” So, it seems Danielle feels less sympathy for Parker than Adam.

The whole family lives in front of the cameras. With five quints and elder sister Blayke all living out their little public lives on screen, leaving Parker out might present problems. But, with the testing for school entry, surely considering an exception for Parker’s turn’s feasible? One fan said, “Parker has anxiety but she’s just like uncomfortable during the test cuz she pointed the color out and she probably…scared to say it. and she was pulling her sleeves shows anxiety but Parker is as bright as Riley.”

Another fan of the OutDaughtered show noted, “I honestly think that for Parker they shouldn’t film her test, you can see her looking into the camera before looking at the teacher. She’s uncomfortable with an observer around.” What do you think about these comments? Do you think that as Danielle knows Parker’s uncomfortable that they should have let her test without the cameras in the room? Sound off your thoughts in the comments below.