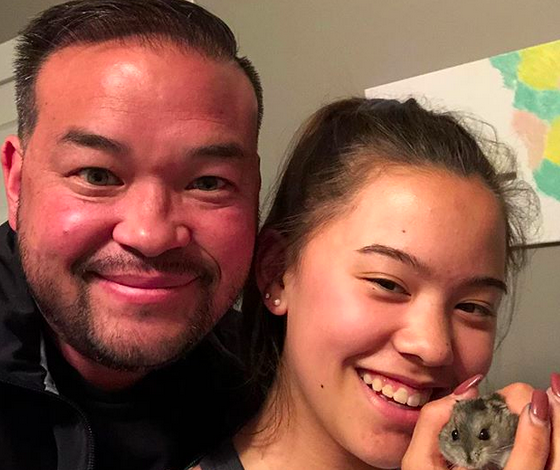 Jon Gosselin of TLC’s Jon and Kate Plus 8 is making an appearance on The Dr. Oz Show. The episode will air on Monday, November 18. On Friday, a preview of the episode was released. In that preview, Jon talks about Kate as a mother. He says some things that aren’t so positive about the mom of eight.

In the clip, he says, “Well, I believe that her belief system is skewed. That’s what I believe. I believe her intentions in the beginning were good intentions. Bringing kids into the world that she fought to have, these kids. But I think once fame and money got involved, it twisted her belief system. On my end, I’ve been fighting to get my kids off TV forever.”

He also adds, “I literally hung a sign on my gate saying if any crew members show up I’ll have you arrested for trespassing. They [TLC] sued me for breach of contract. I pretty much bankrupted myself but I did it for moral reasons, obviously.”

Next, Jon says, “I didn’t understand, at first, why but now I understand why. All she wanted was legal custody to film my kids to sustain her lifestyle and their lifestyle. It gets all warped. That’s fame though. It just twists things around.”

In the clip, Dr. Mehmet Oz asks Jon Gosselin if he thinks Kate is an “unfit mother.” In response to Dr. Oz’s question, Jon does not deny this and goes on to explain how he feels about Kate’s belief system.

Kate and Jon Gosselin after divorce

Kate and Jon Gosselin split up in 2009. The couple had been married for 10 years at the time of their divorce. Between the two, they have a set of twins and sextuplets.

Their divorce was filled with drama, which still continues to this day. Right now, Jon has custody of Hannah and Colin. The twins, Mady and Cara, are in college. The other four children still live with Kate.

At the moment, Jon isn’t able to contact his kids. He isn’t able to see them because of Kate and her restrictions. It seems like this bothers Jon.

It seems that the couple hasn’t been able to sort things out peacefully. There is possibly drama continuing behind the scenes as well. He’s focusing on raising his kids as best as he can.

Right now, Jon is in a committed relationship. As of right now, the two have decided not to get married. Kate recently starred in TLC’s Kate Plus Date.

So, what do you think of what Jon has had to say about Kate so far? Are you surprised? Do you agree with Jon? Leave a comment below.

Does ‘Seinfeld’ Have A Netflix Release Date Yet? When To Expect It
‘Sister Wives’ Meri Brown Fulfills Mother’s Last Interrupted Plans
Janelle Brown Panics As Wildfire Heads For Their Homes
OMG!!! Did Mykelti Brown Forget Her Husband Tony On Father’s Day?!
Could There Be A TLC Birth Special For Jessa Seewald’s Fourth Baby?