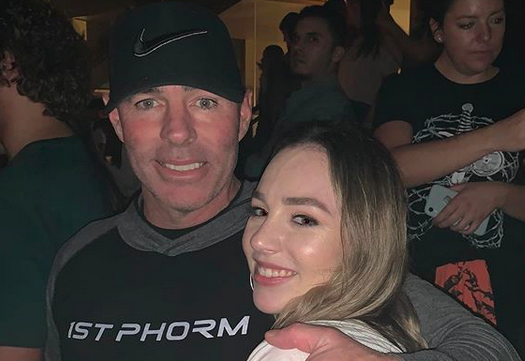 Fans of The Real Housewives of Orange County know all about Jim Edmonds’ split from his wife Meghan King Edmonds. Since the split, there has been plenty of speculation going around. Lots of rumors have been started about the divorce and the ex-couple’s rocky relationship. On October 25, Jim officially filed for divorce.

According to a source who spoke with Us Weekly, “Meghan and Jim have been fighting. The latest fight began when he went to a recent hockey game and she began interrogating him about who he went with.”

Now, a similar situation has arisen. Over the weekend, Jim Edmonds went to a Post Malone concert in Anaheim, California. Several people who were at the concert thought he was with the nanny, Carly Wilson. From the pictures, it may have looked like he was on a date with Carly.

Obviously, Jim wanted to clear things up and tell the real story. As it turns out, he was at the concert with his daughter. On Sunday, he shared a post on Instagram. In his caption, he says, “I took my first steps outside in a while last night with my beautiful daughter Hayley. Trying to repair a broken life and heart that should not be broken. You all need to get a life!. I have a wife, family and kids to worry about and that’s my only worry right now. Everyone else, BYE ! #repair thank you to all my friends for you continued support.”

It sounds like he’s trying to make it clear that he doesn’t have time for the nanny, or any other potential love interests, right now. He’s working on having a good relationship with his daughter. Nothing else seems to matter to him at the moment.

Originally, his caption included a little bit about the nanny, reading, “For all you people out there that think that I would be with our nanny. You [need] to get a life!” Since he first posted the picture, he changed the caption.

In addition, Jim has kids from his previous marriages. LeAnn Horton, who has since passed away, and Jim have two daughters, Hayley and Lauren. Hayley is the daughter who went to the concert with Jim. Jim and his ex-wife Allison Edmonds have two kids, Sutton and Landon. It sounds like Jim is busy with all those children in his life.

What do you think of the rumors about Jim and the nanny? Did you believe that he could’ve been at a concert with the nanny, or did you think that those were only rumors? Leave a comment below.