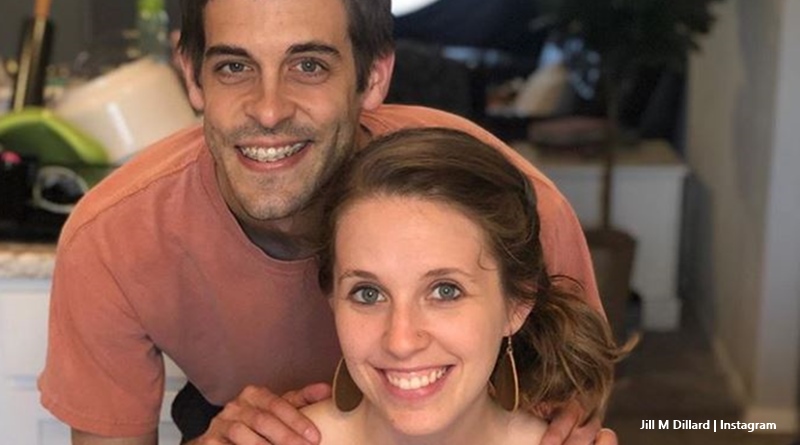 Jill Dillard’s really missed by her fans on the Counting On Show. But, the chances of her returning to the show look very slim. Jill lives with a man who makes the decisions for the family. And, he certainly seems at odds with his father-in-law, Jim Bob. In fact, he’s quite vocal on his Twitter about his feelings on how Jim Bob negotiated contracts for the show. Could this be why she seemingly seldom spends time with her family?

Jill and Derick Dillard left the show in 2017

In 2017, Derick made come homophobic comments on his Twitter. We reported that he denied he got fired by TLC, saying, “TLC wouldn’t release us from a bogus contract that we weren’t even aware of.'” One fan suggested he should take up his issues with his father-in-law rather than TLC. Well, if Derick did that, perhaps that explains why Jill Dillard hardly seems to spend any time with the Duggar family.

Fans can’t help but notice that Jill and Derick live in Arkansas just like the bulk of the Duggars. So, it’s strange that we hardly ever see them together. Plus, it’s notable that the show presents the family as being all about family. On her Instagram we sometimes see Jill congratulating her pregnant sisters. We also see her sending birthday greetings to her father and siblings. But, we never see them with the kids mixing with the rest of the family. Jill posted a photo of her kids at the funeral for their grandmother, but that’s about it.

Yesterday was a very hard, yet beautiful day. The service was lovely and very honoring to my Grandma and the one she loved more than anyone or anything else, Jesus Christ! 🌸 So many family members and friends came together and organized, supported and remembered the amazing woman she was! 💐And thanks to all y’all for the kind words and prayers too! 🌺🌱 . . 🌦It started raining right before the graveside service and then there was a beautiful rainbow…”a sign of God’s faithfulness”, as Grandma would always say! 🌈 ☔️ (Thanks Laura and Lauren for some of these pics!) . . 💞We’ll see you in heaven, Grandma! I know you’re enjoying your time with Jesus before the rest of us arrive! 🌤

Is Jill estranged from the rest of the Duggar family?

Some fans worry that Derick and Jim Bob don’t get along. Could this be the reason she seems estranged from the family? If so, then Jill Dillard’s in a really bad place. After all, in their faith, she needs to follow her husband’s lead once she’s married. If Derick can’t stand his father-in-law, then that’s a great pity for their children. Imagine coming from such a massively extended family and never getting to know your cousins?

It was way back in May that we saw Jill Dillard share a photo of her out with her sisters and her mom. Other kids went along, but as it was a “girls” day Derick looked after the boys. Jill captioned it with, “Had fun celebrating my b’day (& Lauren’s @siandlaurenduggar ) this week with the girls! Thanks, @derickdillard for keeping the boys during our girls day out! 🌸🤗💕🎉.” Later, Cheatsheet noted, the Duggar family went to California and all of them shared pictures of everyone enjoying themselves. Meanwhile. Jill just posted pics of her kids doing their thing with friends.

Had fun celebrating my b’day (& Lauren’s @siandlaurenduggar ) this week with the girls! Thanks @derickdillard for keeping the boys during our girls day out! 🌸🤗💕🎉 #sisters #girlsdayout💕 #birthdayweekbuddies

What do you think about Jill Dillard seemingly spending very little time with her family? Do you think it’s because Derick and Jim Bob don’t get along? Sound off your thoughts in the comments below.

Remember to check back with TV Shows Ace often for more news about the cast of Counting On and Jill Dillard.