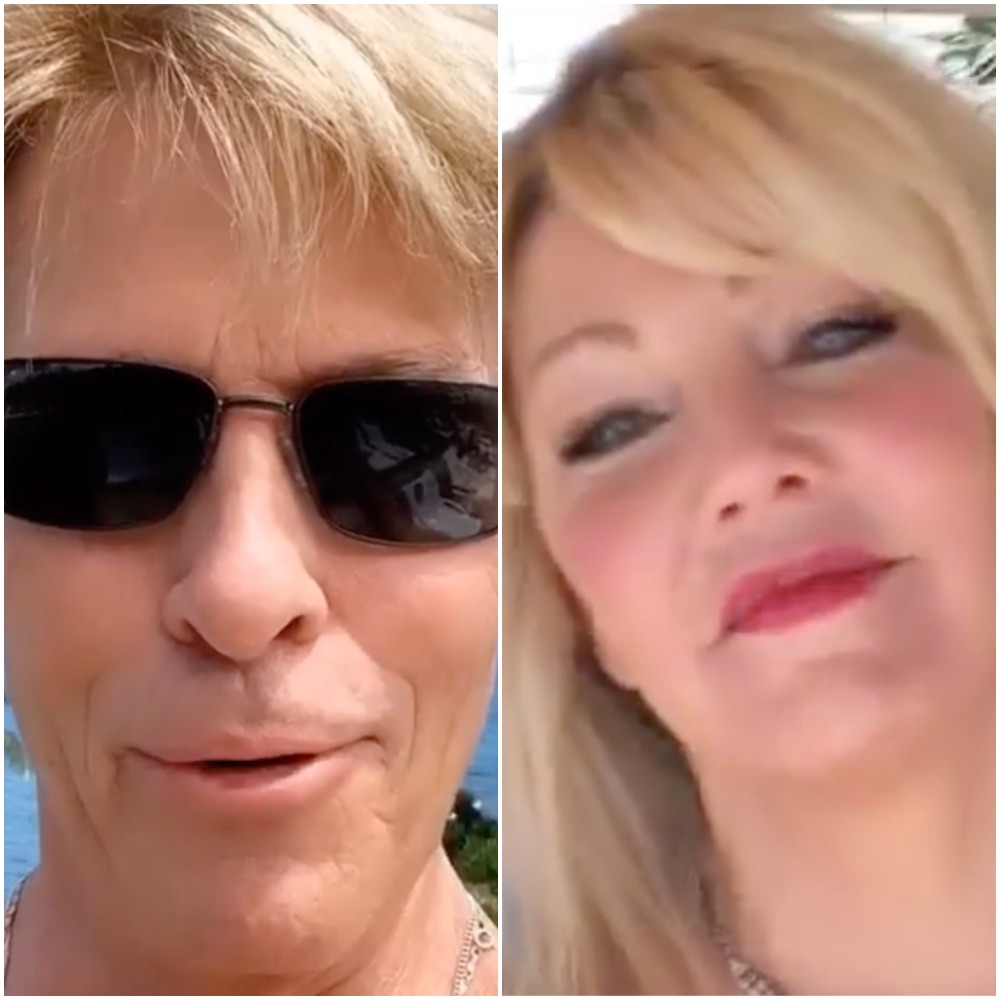 On Saturday, WCTH star Jack Wagner just shared a selfie with his former fiancée and Melrose Place co-star, Heather Locklear. Could Heather be joining When Calls The Heart? Or could they be getting ready for a Melrose Place reboot?

When Calls The Heart star Jack Wagner posted a selfie with Heather Locklear on Instagram. The are standing side-by-side, with Heather’s hand around Jack’s neck. You can see her give the thumbs up sign on his shoulder. Clearly, they are both getting their infamous manes beautified. She has all-over highlighter foils on her blonde hair. Jack looks like he has conductor hair, it is shooting straight up, likely from extra-strong hair gel. Both are wearing protective brown client gowns, with a black towel swept around their neck.

Jack has an enthusiastic message for his social media fans. “Sooo much fun catching up with one of my favorite people in the world!! We’re still tryin to look our Best😂😂 🤭🤭🤗🤗😬😬🤓🤓🙏 🙏😎 Love you @HeatherLocklear #Recovery#Grateful #TYGod”

This beatific post has a lot of fans asking questions. Why would these two be hanging out together, getting their hair done? Granted, this is Hollywood, and looking beautiful is part of their everyday lives, but even in La La Land, getting your hair done is still pretty personal. If they wanted to meet up, they could have been out for an espresso. Where else would they be in this sort of situation? On a television set?

So, could this mean that they are both on the set of a show?

Sooo much fun catching up with one of my favorite people in the world!! We’re still tryin to look our Best😂😂 🤭🤭🤗🤗😬😬🤓🤓🙏 🙏😎 Love you @HeatherLocklear #Recovery #Grateful #TYGod

Are Jack Wagner And Heather Locklear Working Together Again?

In the post comments, fans are asking if they are working on a Melrose Place reboot. Everyone remembers them as Amanda Woodward and Peter Burns. They had a tumultuous relationship throughout the series. When Melrose Place ended, the two wound up married and far away from the mythical Melrose Place.

But, currently no reboot of the series has been ordered. Back in August, TV Overmind wrote about a possible reboot of the series. They cited the early success of the BH90210 reboot as the reason why Fox may want to ressurect more nostalgic television.

But, on November 7, the Hollywood Reporter revealed that Fox canceled the series. They reported that there were creative differences with the show writers and Jennie Garth and Tori Spelling. Writers walked out. The two original show stars wanted something more humorous like Curb Your Enthusiasm. This cancelation could have likely kept a Melrose Place reboot from happening. Right now, this is only a rumor.

But what about When Calls The Heart? Jack Wagner has currently been busy filming WCTH Season 7. Could Heather Locklear possible be guest starring in an episode or two of the Hallmark show? This could be a strong possibility.

They are good friends and work well together, WCTH could be a great vehicle for the original Dynasty star to revive her career. She seems to have moved on from her personal problems. Heather Locklear is still a marquee name and she has fans around the world.

Neither have revealed details of their hairdo gettogether, but hearties may want to keep an eye out on whether Heather Locklear will play a character visiting Hope Valley sometime in Season 7.

Hearties, do you think Heather Locklear will join WCTH? Melrose Place fans, do you think there will be a reboot? Check back with TV Shows Ace for the latest television news. When Calls The Heart will air a Christmas special on Christmas day.

‘Love After Lockup’ Fans Think Lacey Whitlow Might Be Pregnant
’90 Day Fiance: The Other Way’ Fans Want Their Own Show For Kenny And Armando
Carlin Bates And Evan Stewart Stress After Close Encounter With COVID-19 Patient
‘DOOL’ Spoilers July 6 – 10: Do Justin and Kayla Make it Down the Aisle?
Which Duggar Might Be Courting Next?