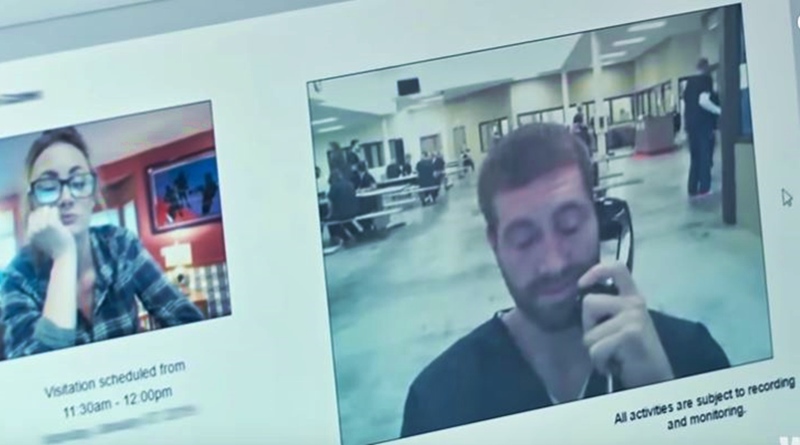 Love After Lockup fans know that Matt Frasier’s hardly a reformed character. TV Shows Ace reported back in May that he “got caught and arrested again for meth possession.” That time, he also got done for “driving with a suspended license.” Now, he ended up back behind bars once again.

Love After Lockup – multiple arrests for Matt Frasier, this time for ‘skipping out on court dates’

In our May report, we noted that “Matt’s just faced his second arrest this year. Back in January, charges came of allegedly having a stolen vehicle. That case goes to trial in June. Plus, his new arrest for meth means he’ll be back in court on June 11 as well. It looks like our bad boy’s still a bad boy who never really changed much since we last saw him in season 2 of Love After Lockup.”

This time, Matt’s behind bars for “skipping out on court dates,” according to Starcasm. Although Matt got out from behind bars on November 14, his detention came on November 12. He got out after two days, presumably on bond. Who knows where he gets this funding from for his multiple bond payments? But, as Starcasm noted, because the Love After Lockup alum runs off so often, maybe he should “wear a bracelet.”

According to Starcasm, the records show that Matt got booked into “the Thurston County Jail.” Apparently, it came after “two different warrants “got issued for his arrest. The outlet noted, “Matt had a trial confirmation hearing scheduled on Halloween morning in regards to his possession of a stolen vehicle charge from January. A bench warrant issuance order was filed the same day, and the judge signed off on the warrant on Monday.”

Matt’s a naughty boy, considering he once said he hates jail. His bond payment this time came out at “four charges of heroin possession ($500). Plus, identity theft ($500), possession of stolen property ($1,000), and possession of a stolen vehicle ($7,500). The total bond amount for all four charges comes to $9,500.” It certainly looks like the Love After Lockup star never intends reforming.

The returning stars of the WEtv show earn quite good money

Matt’s lost out on some of the seasons of the show because of his arrests. Actually, it’s a pity because those cast members who return actually earn quite good money. Not all reality TV shows pay as well as this series. One thing he does prove is that being on television doesn’t necessarily mean the cast has a huge desire to settle down and become socially respectable.

What do you think about Matt Frasier spending more time behind bars this month? Sound off your thoughts in the comments below.

Remember to check back ith TV Shows Ace often for more news about the cast of Love After Lockup.