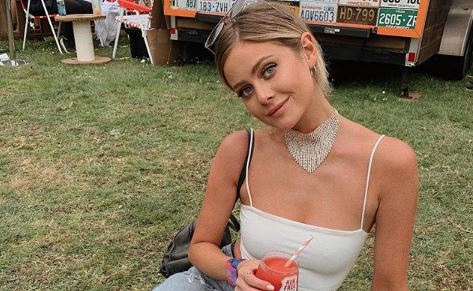 Bachelor in Paradise stars Hannah Godwin and Dylan Barbour are doing great. A wedding is in the future for these two. People is now sharing if they would do a televised wedding and what the future holds. It turns out that they are still engaged, but the details of their wedding aren’t figured out just yet. Bachelor in Paradise does have a great record of couples making it after the show ends.

Right now, they are just enjoying being normal people. Hannah and Dylan are able to be out in public and just be a couple. They don’t even live in the same town, but they are traveling a lot and making it work. Dylan and Hannah find ways to see each other.

Some fans think that this couple could get their own show. Right now, it seems that they wouldn’t have the time for that, but it would be interesting.

Would the couple do a television wedding?

The fans of Bachelor in Paradise would love to actually get to see Hannah and Dylan’s wedding. It turns out that probably won’t happen, though. Hannah G shared her thoughts on it.

“We’ll share sneak peeks for sure, but I think I’d keep it private. We loved sharing our relationship with the world, but I think our favorite moments are just by ourselves and not having to show anybody or prove to anybody who we are or anything. So I think we might just keep it private.”

So far, Hannah hasn’t even picked out a dress. She seems to think that this will end up being something she picks based on emotion. Hannah shared her thoughts.

“I’m such an emotional person. Whenever I try on something, as soon as I start bawling crying, that’s the one. I don’t know if I’ll even go the fashion route; I might just go emotional, which is fine with me.”

It sounds like this wedding won’t be happening right away. Fans can’t wait to hear about it, though.

Don’t miss watching Peter Weber as The Bachelor when it airs on ABC in January of 2020. He is almost done filming his season already.