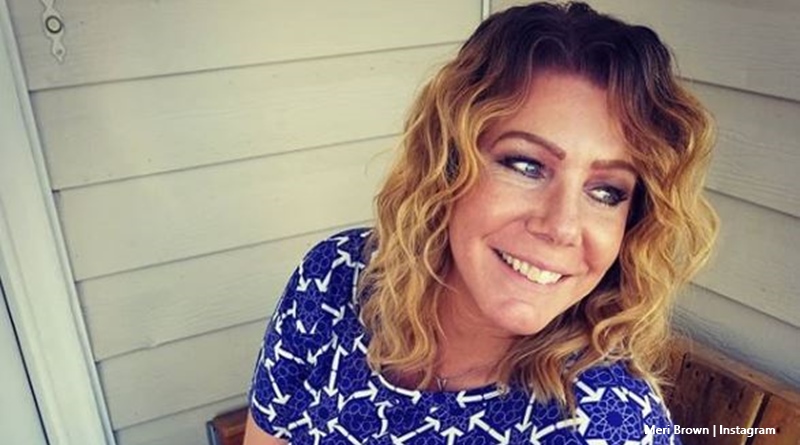 Sister Wives fans saw that last season Kody Brown overruled his wives and demanded a move to Flagstaff from Las Vegas. Janelle seemed the most upset about it. But, initially, it looked like Kody persuaded Meri Brown the move was a good idea. Actually, he took her to look at properties without the other wives. But, the message comes from Meri that she still misses Las Vegas very much.

After the move to Flagstaff, the rush came to sell the Las Vegas homes. In fact, they sold very slowly, and in the teasers for the upcoming season, we see how this impacted on Kody’s financial status. Meri finally sold her home, ahead of the last one belonging to Christine. Many good memories remained behind in those homes, and adjusting to their new life in Flagstaff couldn’t be easy. More than once, Meri mentioned how much she missed the place.

Popculture reminds us that at once stage, the Sister Wives star really just let out her feelings. They noted that she shared a post on Instagram with a heartfelt message. In it, she wrote, “Yesterday I had this overwhelming emotion of missing Las Vegas, the place I called home for nearly 8 years,” she wrote beneath the photo. “I mean, I was really really sad for not living there anymore. So much life there, so many friends. It was home for me. I loved it.”

No homes left in Las Vegas, Meri stays with friends in her favorite city

TV Shows Ace noted that when Meri’s home in Las Vegas sold, it probably helped Kody’s financials very much. Not getting the original asking price, nevertheless reports that he badly needed the money, probably brought him some happiness. We noted, “the home sold on May 7 for $574,900. Previously, she listed it at $599,900 but dropped the price to $574,900. At least Meri didn’t need to slash the price any further.” But, for Meri, maybe she just wishes she had her old place to stay in.

On her Instagram late Wednesday night, it became apparent that Meri misses Las Vegas as much as ever. And, it seems that nowadays she needs to call on friends in the city for accommodation. It seems that the star of Sister Wives went there for anther LuLaRoe event, as one follower said they’ll see her “tomorrow.” That person’s IG indicates they also sell the LuLaRoe product line. But for Meri, this might be a bitter-sweet trip as she mentions how much she still misses the place.

In her post, Meri shared a stunning photo of the city near dusk. In her caption, it came out that she still misses the city. She wrote, “Kinda missing this city I called home for so many years. Lucky for me I have friends I can crash with whenever I come for a visit. Bonus, they have this amazing view of the city! ⭐⭐⭐” One of the hashtags she used was #LasVegas.

Kinda missing this city I called home for so many years. Lucky for me I have friends I can crash with whenever I come for a visit. Bonus, they have this amazing view of the city! ⭐⭐⭐ #LivingMyWhy #BecauseICan #Travel #WorldTraveler #LasVegas #SinCity

What do you think about Meri Brown still missing Las Vegas so much? Do you think she might regret not having her own home to stay in these days? Sound of your thoughts in the comments below.

Lifetime’s ‘Left For Dead’ Continues Summer Of Secrets Series
Khloe Kardashian Claps Back Once Again Over Plastic Bottle Controversy
Candace Cameron Bure Puts On A Leggy Display At The Poolside
‘Siesta Key’ Season 4, Episode 5 Not On This Week & Here’s Why
Joy Forsyth’s Son Gideon Goes From Excited To Terrified In Sweet Video