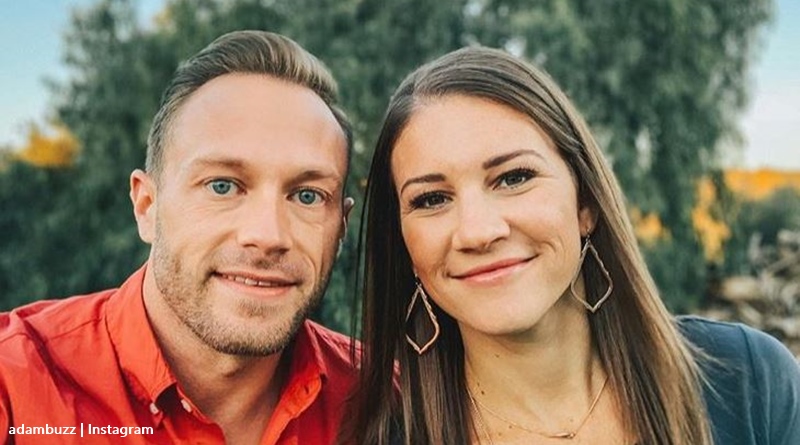 OutDaughtered mom Danielle Busby went in for surgery and Adam shared a video about it on his It’s A Buzzworld YouTube Channel. We reported that the hysterectomy went well, and they also found some endometriosis which they removed. Now, Danielle’s already home, and Hazel wants proof.

TV Shows Ace reported that Danielle went for scheduled surgery after they returned from their Bible mission to Brazil. In the video, we noted, “the last three years brought Danielle a lot of “physical pain.” It got so bad this last year and Danielle suffered so much pain, sometimes she couldn’t even get out of bed. She said she suffers from PCOS. So, she had a hysterectomy.” After the surgery, Adam told the camera that they at least left in her ovaries, so she needn’t deal with early menopause.

Now, Danielle’s already home, where presumably she’ll rest up and recover. Adam Busby shared about Danielle’s return on his Instagram. He posted a photo of Danielle and Hazel. Many fans commented on the photo and welcomed Danielle home. They wished her the speediest and painless recovery. One fan even suggested places they can go to check out the best options for a healthy outcome. But, it seems that OutDaughtered quint Hazel was a bit suspicious as she wanted proof her mom had the surgery.

In his post, Adam captioned it with, “Mommy’s Home! Hazel: Where you been..? Ok… show me bobos or it didn’t happen. 😂.” Naturally, fans reacted to cute little Hazel. Actually, they adore the only quint that wears eyeglasses. She’s bright and getting a bit of a smart mouth with her parents and sisters. But, she never gets too sassy. One fan of TLC’s OutDaughtered said, “Hazel is such a lovely girl ❤️❤️! Fast recovery, Danielle!” Another noted, “Love that little Hazel bazel. Speedy recovery.”

Well, hopefully, Danielle rests up and lets Adam and her family help out with the girls. In the It’s A Buzzworld video, Danielle mentioned that sometimes she gets up to look after the girls but it’s painful and challenging. Maybe once she’s over the procedure, she’ll feel much better about her little family of six girls. It can’t be easy raising a bunch of energetic girls while suffering pain and discomfort. Some OutDaughtered fans agreed the best thing Danielle could have done was to opt for the hysterectomy. After all, the couple already said they planned no more kids.

Mommy’s Home! Hazel: Where you been..? Ok… show me bobos or it didn’t happen. 😂 #itsabuzzworld #OutDaughtered

How long does it take to recover from a hysterectomy?

WebMD notes that Danielle could expect about “six to eight weeks” before full recovery from her surgery. Most people get out of the hospital after two or three days after the procedure. Of course, we’re not sure if Danielle had the vaginal hysterectomy or the abdominal one. Perhaps they went for the abdominal one as they also removed some endometriosis from her intestines. But if she had the vaginal procedure then she would recover very much faster than the abdominal which is more invasive.

In all scenarios, the OutDaughtered mom would need to be careful about doing any heavy lifting for a while. But, psychologically, the website notes, some women might feel a sense of loss and even struggle with depression. However, we’re sure that Danielle will stay in touch with her health professionals to make the best and fullest recovery that she can.

What do you think about Danielle Busby suffering pain for three years before finally getting it attended to with hysterectomy surgery? Do you think Hazel’s cute wanting proof her mom had the procedure? Sound off your thoughts in the comments below.

’90 Day Fiance’: David And Annie Toborowsky Stock Up In Case Of More COVID-19 Lockdowns
Chrissy Teigen Slams American Airlines For Not Caring About Passengers
Demi Lovato & Boyfriend Max Ehrich Pack On The PDA On Social Media
Jessa Duggar Hints Anna & Joy Will Be On ‘Counting On’
How Did The Duggars Celebrate Independence Day?