Angela and Tony from Love After Lockup just made it official according to Starcasm. According to Heavy, the two met in a prison inmate’s Facebook group and fell in love instantly. Angela is the older woman with Tony thirteen years her junior.

The road to the altar was rocky because of Tony, even though Angela stated from the beginning she was ready to get married.

The first hints came from a Reddit user saying she just rolled up on the wedding. It was on the beach and she posted a picture of a flower heart with Congratulations Angela and Tony written on it. She said, “passed by a wedding today in Mississippi.” She also revealed the other side of the sign said Love After Lockup. The Reddit poster said the wedding looked nice which surprised her. 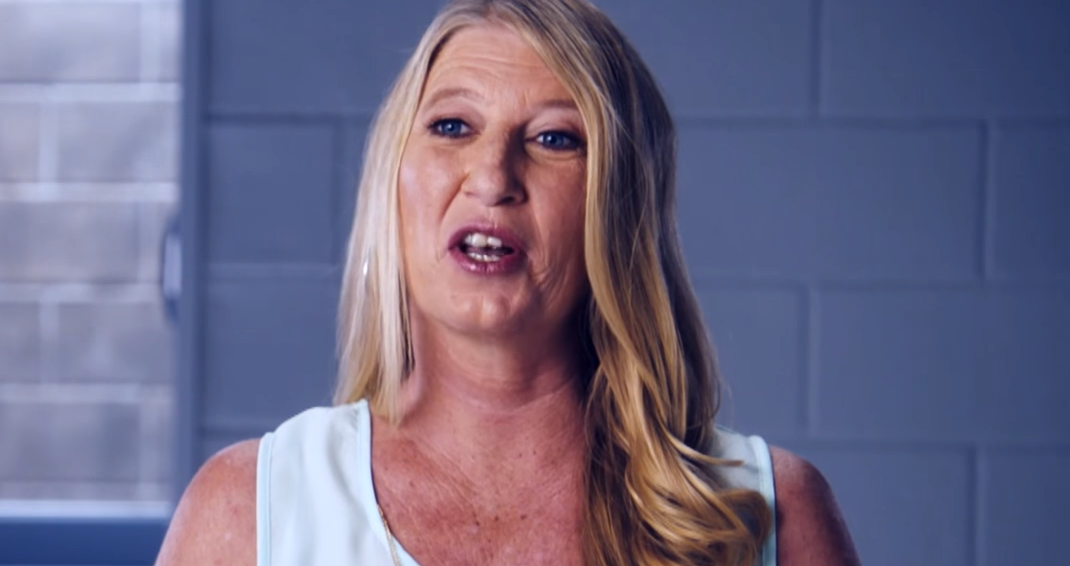 The Love After Lockup Stars Allegedly Married On The Beach

The author of the Starcasm article said she could exclusively reveal the Love After Lockup stars filed for a marriage license on October 25th in Grenada County. She said there isn’t a marriage certificate filed yet, because they’re out of town on their honeymoon, perhaps.

The article says that it will be a shock they were married so quickly after not spending that much time together. Tony wasn’t released from his halfway house until August. In the Heavy article, there were concerns about Tony’s motivations in the relationship. Friends of Angela thought he might just be using her for a sugar mama. Fans will be eager for a confirmation of the news.

Cast Members Talk About Getting Involved With Inmates

In a recent post on Fox some of the castmates, Lizzy and Glorietta shared the challenges of falling for an inmate on Love After Lockup. Lizzy’s friends and family were not happy she was dating an inmate. They thought it was a very bad idea and Daniel would lead her down the wrong path. The interviewer asked why they would get involved with an inmate. Lizzy said, “you can’t help who you fall in love with.”

Fellow castmate Glorietta said it’s not something you plan, it just sort of happened. Glorietta expressed it is difficult to have a physically intimate relationship. It’s hard to keep the spark alive and privacy is non-existent. She said you have to put a lot of time and effort into these relationships. That’s why it’s a huge accomplishment for Angela and Tony to make it.