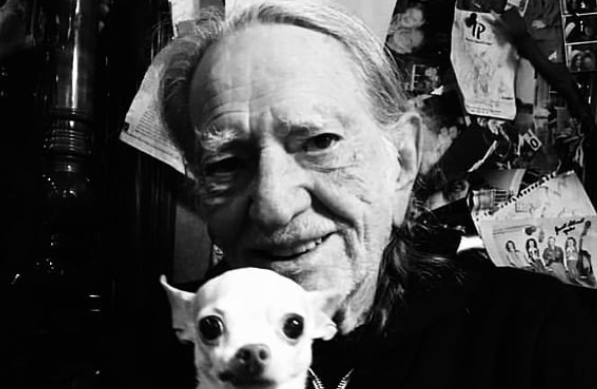 Willie Nelson’s performance with Kacey Musgraves at the Country Music Awards on Wednesday night, Nov. 13 had fans worried. Country music fans were glued to their TVs as their favorite country acts took the stage at the 53rd annual event which included the likes of Carrie Underwood, Reba McIntyre, Dolly Parton, and Miranda Lambert, as previously reported via TV Shows Ace. Some of the biggest moments of the night included a dazzling performance by Kacey Musgraves and Willie Nelson.

Musgraves’ is continuing with her rainbow and sparkly aesthetic. She kicked off the event with country legend Willie Nelson. The two sang “Rainbow Connection,” a song that was made famous by Kermit the Frog from The Muppet Movie. Musgraves and Nelson previously collaborated on Musgraves’ 2015 album, Pageant Material, as well as her Christmas album, A Very Kacey Christmas. As previously reported via USA Today, the 31-year-old exuberant singer sang in her poignant twang as the 86-year-old crooned in his familiar drawl.

Shortly after their performance, Willie Nelson’s name trended nationwide on Twitter. Fans took to the social media app to exclaim that they were worried about Nelson’s health. Others fear that it could be the last performance of his entire career. Fans noticed that Nelson had trouble breathing during their performance.

Just watched Willie Nelson on the CMA awards. We don’t have him for much longer folks. Enjoy the world with Willie in it, it’s a much kinder, gentler, more beautiful place.

Anyone else worried as hell about Willie Nelson?

Over the past summer, Nelson had to cancel several dates due to health problems. The singer-songwriter canceled the remainder of his previous tour due to complications with breathing. Nelson told his fans on Twitter that he would be back to perform. At the time, fans were unsure whether Nelson canceled all 30 shows on his tour, which ran through Nov. 29, or if he just canceled every remaining date in the foreseeable future.

It looks like Nelson’s fans don’t have to worry just yet. On Thursday, Nov. 14, the country star announced the first set of dates for his upcoming 2020 tour, which includes eight dates in California and several stops along the southeast. As previously reported via Live for Live Music, Nelson will kick off his tour in California with scheduled performances on Jan. 3 in San Diego and Jan. 4 in Bakersfield. Nelson will then head to San Francisco from Jan. 6-9 at The Fillmore.

His tour will continue in Redding, Stockton, and Ontario before he and his band head to Savannah, GA with a series of shows in Florida. Nelson’s 2020 tour is said to support his recent studio release, Ride Me Back Home. Tickets for Nelson’s upcoming tour go on sale on Nov. 15. For more ticket information, visit Willie Nelson’s official website.

What are your thoughts on Willie Nelson’s performance at the CMAs? Sound off below in the comments section and don’t forget to follow TV Shows Ace for the latest on entertainment and television news.