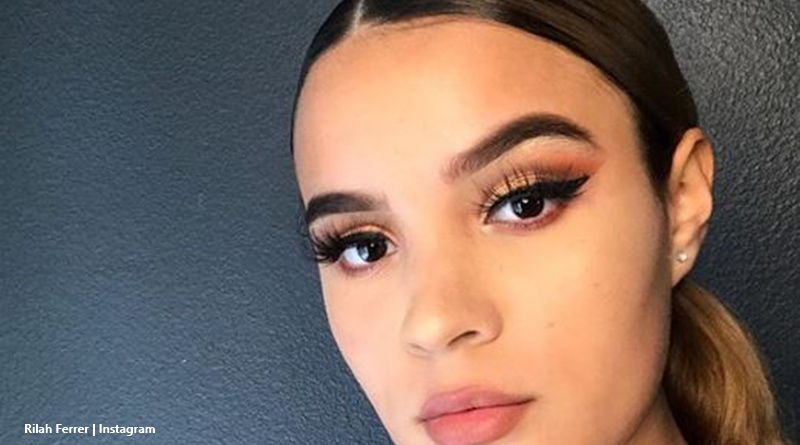 Unexpected fans know that Rilah Ferrer seems rather mature for her age. In fact, we commented on that in the past. She seems to be doing a fine job raising her baby Malayah. Now, we discover that Rilah’s not only mature but she also enjoys helping fans in need.

TV Shows Ace reported back in early September that Rilah shows a lot of maturity. We noted, “she once again demonstrated that maturity when it comes to Baby Malayah. She shared about partying at night without her and Anthony Vanelli’s little girl.” In an Instagram Story, Rilah wrote, “idk how moms be out all night partying and leaving their kids with their grandparents every d*mn night.” Additionally, Rilah said, “Last night was my first time going out since I had Malayah.” Then with a sad-faced symbol, she concluded, “I missed her so much.”

In a more recent update, we reported that Rilah broke up with Anthony. Plus, he allegedly assaulted her on the way to a church and took up with a girl out of state. Obviously, Rilah’s angry about that, and charges were laid against her Unexpected baby daddy. But she’s not bleating about it and moved on to focus on her makeup tutorials on YouTube. On her YouTube and Instagram, Rilah won a lot of fans as she often acts like a role model for young teens either pregnant or contemplating pregnancy. Now, it turns out she’s also generous and just helped one of them out.

On Instagram, Rilah shared a story about a fan. She captioned it with, “Love helping my supporters.” It showed a conversation between Rilah and a fan, and it looks like the fan needed something to eat. The conversation the Unexpected mom shared went like this: “And anything helps. Even if it’s just enough to grab something to eat today.” The fan in need added, “I will send you proof that is what I’m using it for.” Well, Rilah replied, “Sending some money right now. Make sure you eat good, love.”

Actually, Unexpected fans might be shocked that Rilah helped someone on social media. After all, plenty of scammers are out there. But we don’t know how well Rilah knows the person. It might even be someone she met in real life for all we know. And, even if it isn’t, Rilah already knows that bad times come along for everyone. After all, she made some mistakes in her life and rose above them. Not everyone’s so lucky with a supportive family.

Should Rilah be a bit more careful about helping fans with cash?

Despite her generous gesture, perhaps the Unexpected mom should be a bit careful. After all, nt.gov.au warns people that a common scam involves seeking “to exploit your emotions by pulling on your heartstrings. Sometimes the scammers will take months and months to build up the rapport.”

What do you think about Rilah Ferrer helping one of her supporters with money? Do you hope that this doesn’t encourage scammers to come out and ruin everything? Sound off your thoughts in the comments below.