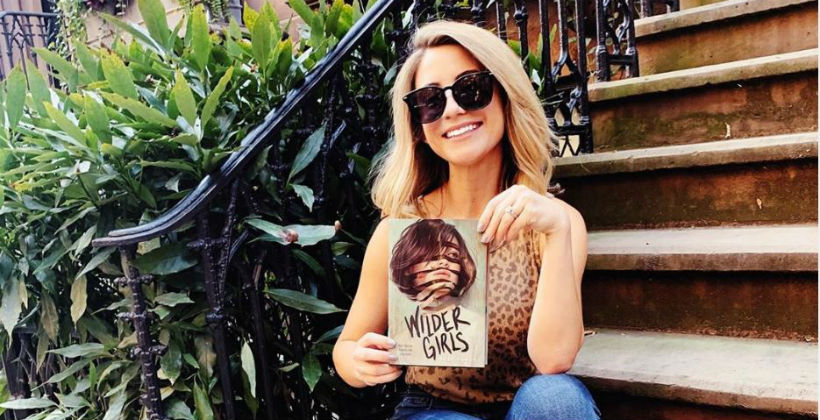 When Reality Steve is not busy giving all the major spoilers for Bachelor fans, he has his own podcast. The podcast called, He Said, She Said, typically airs bimonthly on Tuesdays. However, with all the drama popping up on Peter Weber’s season, Steve has not been able to put together a podcast in a while. Now, he’s back and this week’s co-host is Bachelor alum, Ashley Spivey.

The first question Steve had for Ashley was about her recent trip to Miami. Ashley revealed she booked the trip as a birthday present to herself. She turned 35 on November 7 and wanted to do something fun. While in Miami, Ashley was able to hang out with former Bachelorette Ashley Rosenbaum and her family.

On a more serious note, Ashley opens up about the miscarriage she suffered this year. They also had only one caller this episode. The caller is Jessica from Texas. This is the second time they have spoken with Jessica on the podcast. Jessica reveals that she and her husband are experiencing fertility issues. She decided to reach out to the podcast after reading about Ashley’s miscarriage.

The podcast focuses on miscarriage and infertility

Ashley reveals that she and her husband Steve have only been trying since April to get pregnant. She literally got pregnant one day after having her IUD removed. Her first appointment was super early and the physicians told her to not get too excited just in case. The following appointment they were able to see the fetus was beginning to grow.

At this point, Ashley says the appointment that occurred two weeks later is when she discovered the horrible news that the fetus was not growing. Ashley was suffering a miscarriage. After losing the pregnancy, Ashley and Steve would have to wait for a bit before attempting to try to get pregnant again.

Ashley also shared that a thyroid problem she has makes getting pregnant a little more complicated.

Trying to relax can be difficult when trying to get pregnant

Jessica and Ashley both agreed that it is incredibly frustrating when people tell them to not stress about getting pregnant. Everyone is different and they both feel that people should be cautious about giving advice without being asked for it. Ashley said she has good doctors on her side and is trying to let them work with her issues before she tries other advice she has been offered.

The caller, Jessica, revealed she suffers from endometriosis. Jessica had stage 3 endometriosis. She endured surgery to treat it and is now hoping to become pregnant. Jessica and her husband have been trying to get pregnant for more than two years. She is now doing IUI to try to conceive.

Ashley and Jessica talk about time struggles and getting pregnant

Both ladies, although different, discuss the time struggles of trying to get pregnant. Ashley talks about having to schedule intimate time with her husband during high times of ovulation. Jessica talks about the struggles of having to get samples to the fertility clinic in a set amount of time. Both situations can be very stressful and not very romantic.

Jessica also talked about the emotional side of trying to conceive. She admitted to feeling like she questions her identity because of not being able to get pregnant.

Both women will continue to try and have a baby. So many women face these struggles everyday. From losing a pregnancy to struggling to even become pregnant, it can be very hard. Both Ashley and Jessica said they will keep everyone updated on their pregnancy journeys.