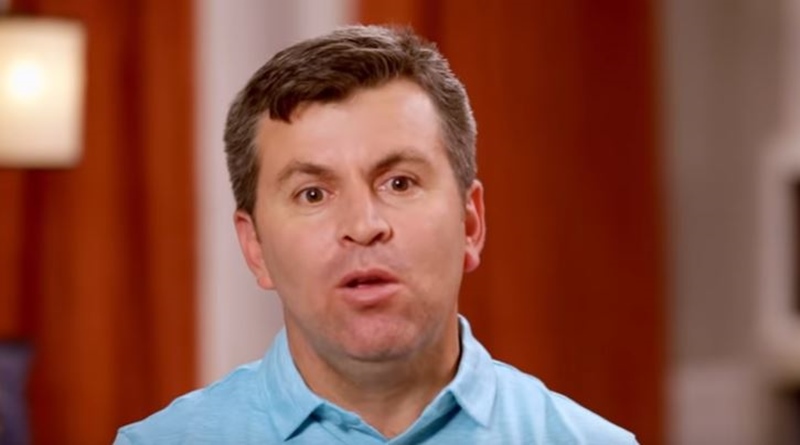 90 Day Fiance Season 7 brings two bee-lovers together. Anna Campisi and Mursel from Turkey met on Facebook and fell in love with the idea of sharing their bee-keeping lives. He met her mom, which didn’t go all that well, and now spoilers say he returns to Turkey.

TV Shows Ace reported that in the last episode, Anna’s mom met Mursel. The going’s not easy, as he barely speaks English, and uses a translation app. Anna’s son, also present at the meeting also upset fans, as they discussed Mursel’s family not liking the fact he exists. Plus, we noted that Anna’s mom seems very limited in her knowledge of Turkish customs.

We reported that Anna’s mom said she believed that a Turkish man might stone her daughter, or even behead her. One fan said, “I’m from turkey and they don’t do that… She has no idea what she is talking about.'” Naturally, Mursel seemed very surprised. But other issues arose as well. Anna ended up crying because Mursel didn’t like that she ordered a beer. Plus the 90 Day Fiance star said he’d go back to Turkey if his parents found out about the kids.

In the forthcoming episode, we’ll see Mursel going back to Turkey. Yahoo carried a story by Entertainment Tonight about the return. They noted that in the 90 Day Fiance teaser, we see him heading off. The outlet notes, he seems to “return to Turkey as the two are both shown hugging and crying at the airport with Anna begging him, “Please don’t go.” We don’t know if he left because his parents found out about Anna’s kids, or if some other business back home needed him. But with Anna crying, let’s assume something went wrong.

Fans of the 90 Day Fiance show certainly don’t come down firmly on Anna’s side so far. They feel it’s very wrong that she’s dating a man who doesn’t really want her kids in his life. Also, they think her son shouldn’t overhear things being discussed as though he’s the dirty bathwater. Note as well, that they can’t believe anyone needing a translation app could possibly bond properly. Communication’s so very important, after all.

Why is Mursel so worried about the kids?

Apparently, Mursel’s parents are quite traditional. Anna’s kids just don’t fit with their idea of a “good girl.” According to the International Journal of Gender Studies, children out of wedlock are a big “no-no.” They “contradict the traditional family model (mother, father and children), which has always been idealized as a central component of Turkish society’s moral structure irrespective of secularist or Islamist leanings of those in power.” This is especially true with older people, and Mursel’s no spring chicken.

So, will we see Anna choose between her children and Mursel? Sound off your thoughts in the comments below.