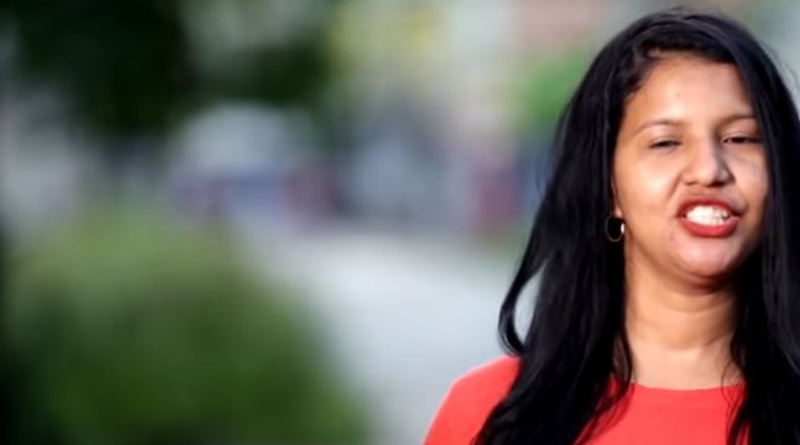 90 Day Fiance fans know that the subject of divorce from Karine is quite frequent. Way back in the show, we heard her saying she wanted out of her relationship with Paul Staehle. In fact, it’s so common that fans simply don’t believe she really means it. But, now she confirmed that she definitely wants a divorce.

TV Shows Ace reported that Paul said on his Facebook in September that Karine’s divorce lawyer contacted him. At the time, he also shared a story on his Instagram. We reported it said, “Karine advogado de divórcio me ligou. Guess I need a lawyer. Karine’s divorce lawyer called me. Guess I need a lawyer.” However, we also noted that fans really didn’t take much notice of it, as it’s the “same-old” story. But, it looked a bit more certain after he shared another Story on IG.

Our report mentioned that this week, Paul again took to his Instagram and shared about the divorce. The couple just returned from the USA. On their arrival, they got the bad news that someone robbed their home in Manaus. Hot on the heels of that bad news, more came from Paul about the 90 Day Fiance couple’s divorce. This time he shared a GIF of Rick and Morty character Jerry Smith crying. He captioned it with, (translated), “Karine started divorce proceedings.” Now, Karine confirmed it’s all over.

Karine confirms divorce is for real this time

US Weekly reported, Karine, 23, commented on her divorce from Paul, 30.  She said, “Yes, I am looking for a lawyer now.” The comment came a day after Paul’s post about the divorce. Naturally, Paul’s very concerned about his child right now. On his newer story, he shared that they won’t do cameo’s together after “midnight.” He added, “I will probably go up the Amazon to try to convince her to live with Pierre in USA with or without me. I just want the best possible life for my son.” The 90 Day Fiance dad also noted that time’s of the essence as he needs to “get back to work.”

Well, this time it looks like Karine’s determined to end the marriage. And, fans of the TLC show know that there were many rocks on the road of their relationship. As for getting Karine to the USA, maybe she really prefers her home in Brazil. After all, there she has family around her. And, bear in mind they just returned from the USA so possibly the country never overly impressed her. Certainly, she picked up a lot of hate from fans of the TLC show.

What do you think about Karine confirming that the divorce with Paul Staehle is going ahead? Did you ever believe she’d really go through with it? Sound off your thoughts in the comments below.