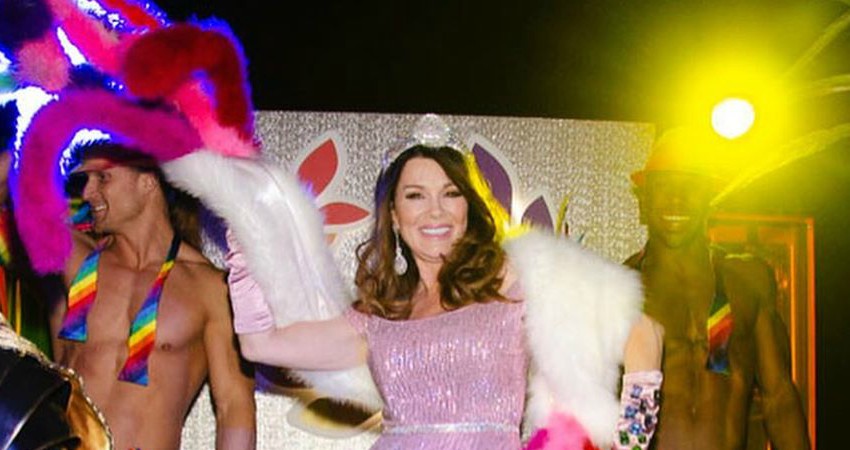 It’s been almost six months since Lisa Vanderpump’s shocking decision to leave The Real Housewives of Beverly Hills. In the months since, Lisa has focused on her new restaurant in Las Vegas, charity work and filming Vanderpump Rules.

Reality Blurb reports that Lisa recently opened up more about why she chose to skip the Season 9 reunion and quit the show entirely.

RHOBH Says the Show Got ‘Too B*tchy’

Before filming of The Real Housewives of Beverly Hills began, Lisa suffered a devastating family loss. She initially didn’t want to be part of Season 9 at all, but decided to try to put on a brave face for her fans.

The other ladies were seemingly unsympathetic to Lisa’s depression. As the Puppy Gate story unfolded on screen, the other cast members pinned the leaked article on Lisa. She continues to deny leaking the story.

However, her friendships with Dorit Kemsley and Kyle Richards never recovered from the accusations. There were pre-existing issues with Lisa Rinna and Teddi Mellencamp before the dog fiasco. Lisa reveals the moment she knew she had to leave the show.

“It was very difficult, the whole situation. [They] all started coming at me and it was all based around the whole dog fiasco. It got too b*tchy and I just suddenly thought, ‘That’s it, I’m done. I had so much going on. I was opening TomTom, Vanderpump Rules is a big show, we have the dog rescue center, we were opening in Vegas. There was just so much and when it all kind of piled on top of me, and I was emotionally depleted anyway, I just said, ‘You know what? I’m done.”

Does Lisa Keep In Touch With Anyone from RHOBH?

Not only did Lisa quit the show, she stopped watching the rest of the episodes. She felt the cast responded “aggressively” to her decision to leave. Many of them did call her out for not attending the reunion.

“I tried to kind of remove myself and detach myself from it.”

Lisa and former best friend Kyle occasionally run into each other around Beverly Hills. They are cordial to each other but don’t spend time together socially. When asked who the restaurant mogul plans to keep in touch with, Lisa quickly shut that question down.

Bravo fans have been waiting for months for any details about the upcoming Season 8 of Vanderpump Rules. The hit show is a spin-off of RHOBH focused on the servers and bartenders at Lisa’s L.A restaurant SUR.

What began as hook-ups between the wait staff has turned into marriages, divorces and a lot of drama. Internet rumors have teased rifts in the friendships that viewers are now invested in.

“It’s a very fast-moving show as you see from the trailer and it’s unbelievable that it came from a little idea and it’s eight seasons in. You see them grow up, and then some of them struggle to grow up.”