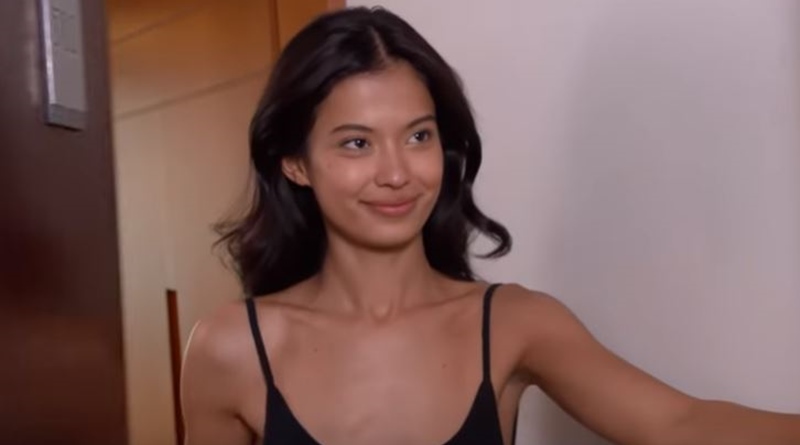 90 Day Fiance Season 7 already aired a few episodes, and fans slowly get to know the new cast. One of those couples features Michael, in his 40’s, and his 23-year-old love, Juliana from Brazil. TV Shows Ace reported that viewers wonder “if their relationship is the real deal. After all, Michael is 19 years older than Juliana. She has both his credit and debit cards on lockdown.” But in the latest episode, they couldn’t help but notice a ghastly looking scar on her elbow. Now, she explains how it happened.

Cheatsheet reminds us that Juliana’s a model from Brazil. And, with that scar, fans wonder how that hinders her career. Others wonder if Micheal will put some of his money into helping to get it looking a bit better. After all, Healthline notes that “when a scar becomes permanent, laser treatments can be used to remove the outer layer of the damaged skin’s surface. They basically smooth the skin to improve tone and appearance.”

The @fraudedbytlc account on Instagram obtained permission from the 90 Day Fiance star to share a photo and explain all about it. The photo showed Juliana exposing the scar that runs from her elbow all the way down, almost to her wrist. They captioned it with, “Many of you have asked about Juliana’s scar on her elbow. Here is your answer. She was involved in a motorcycle accident. Her scars are beautiful. You guys, ALL scars are beautiful. Embrace them and love them despite the trauma that caused them. I was given permission to post these. Not to exploit them but to empower us all to embrace our scars and not see them as imperfections.”

Naturally, followers of the account commented on the post. In fact, some 90 Day Fiance fans also suffered scarring in their lifetime. One follower noted, “if someone is actually trynna make it seem like scars are gross or ugly i personally would LOVE to physically fight them, it’s 2019 everyone knows better.” Another wrote, “I was definitely curious but I’m with you, scars are beautiful! I have many of my own.” Naturally, the scar’s also a warning against the danger of motorbikes. One fan said, “Murdercyles…stay off them,” and another commented, “Road burn like that hurts like hell.”

Followers of the TLC show appreciate that the @fraudedbytlc account so often gets the real tea from the cast. One fan noted their appreciation by writing, “Wow she is probably lucky she didn’t get hurt worse than she did. That had to be painful! You’re awesome @fraudedbytlc. Thanks for always getting the tea for us.”

What do you think about Juliana’s scar and the origins of it? Do you think people should steer clear of motorcycles? After all, they look like fun, but the outcome of an accident can be very painful indeed. Sound off your thoughts in the comments below.

Remember to check back with TV Shows Ace often for more news about the season 7 cast of 90 Day Fiance.

Mama June Shannon Gets Once-In-A-Lifetime Opportunity
Showtime Set For Drama ‘American Rust’ With Jeff Daniels, Maura Tierney, Preview
Amy Roloff’s Dream Comes True, Matt Gets Pulverized By Cannonballs
‘AGT’ Klek Entos: Who Is The Man In A Bizarre Mask?!
‘OutDaughtered’ Fans Clearly Have A Favorite Busby: Who Is It?!