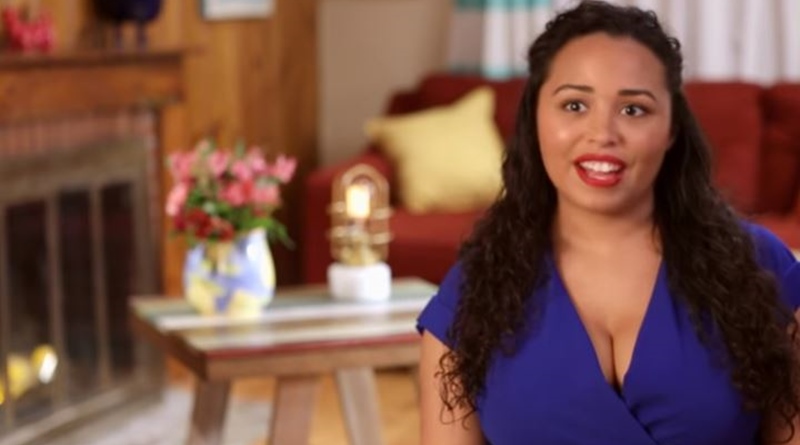 90 Day Fiance Season 7 arrived and fans started getting an idea of the characters involved. Tania and Syngin got their segment of her greeting him at the airport aired. TV Shows Ace reported that Syngin promised quite a bit of drama in their episodes. But, the main drama so far revolves around Tania littering the floor at the airport with rose petals. Fans hated that someone else had to clean up after her. Now, she took to her Instagram story to justify it.

As soon as the episodes aired, that showed Tania meeting Syngin with rose petals strewn on the floor, fans started criticizing her for it. Even more so, as they saw the elderly janitor trying to clean it up. Notably, Tania claims on her social media to be something of an activist. So, it never went down well. Some fans thought that her greeting for Syngin (Or Syringe, as Pillow Talk dubbed him), was romantic. But most people just hated it: especially as Tania stood there laughing and giggling like forever.

On her Instagram post after the episode, Tania got told off by 90 Day Fiance fans. One said to her, ” felt so bad for that old janitor working a minimum wage job 😥 I hope you guys picked up those rose petals after or else that is SO inconsiderate. Advocacy starts with an individual –  if you can’t even show him respect, what point is it to fight for minimum wage rights …you gotta start with micro advocacy first 💁🏼‍♀️.” Another agreed, noting, “Making people’s job harder isn’t cute or romantic.”

For a newcomer to the show, it looks like Tania’s likely to get more criticism from fans as she hit back at critics. In her first clip she shared, she said, “Lol. Everyone bugging like I don’t work in the service industry.” Then she said, “Stop.” The 90 Day Fiance newbie then added, “How I can tell yall don’t know how to act, is by saying leaving petals in a hotel room is better.” Next, she added, “As if they also aren’t min wage workers.” Curiously, having just littered an airport, she used the hashtags #leavenotrace an #leaveatip. One wonders if she tipped the old cleaner at the airport.

In another Story, one fan asked Tania why she was “so mean” to the old man at the airport.”  Tania replied asking, “Was I actually mean?” She then said or “did I said, please don’t. He’s coming now(sic).”  Tania then justifies it by saying, “And did he really at that exact time need to sweep up that one spot?” Well, if that’s her justification, no doubt it won’t win her too many 90 Day Fiance fans.

What did you think about the rose petals at the airport? Do you think Tania’s justification makes it any better? Sound off your thoughts in the comments below.