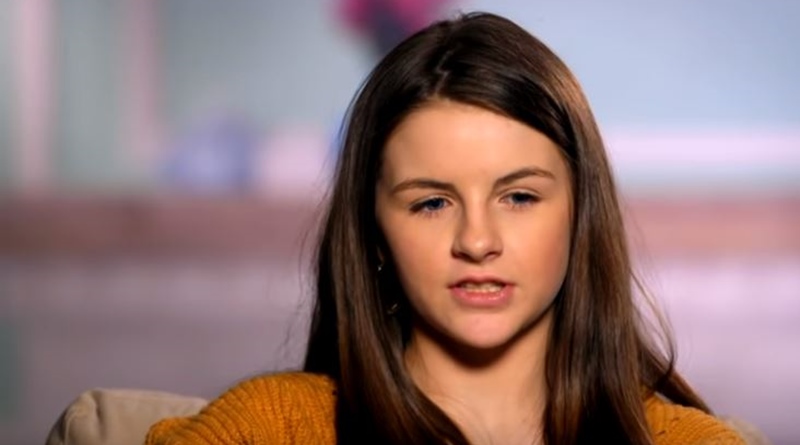 Unexpected star Matthew and his second-choice woman, Hailey 2, are officially pregnant. Mind you, rumors and even photos pretty much confirmed that days ago. TV Shows Ace reported that “the news came out tonight on the big Unexpected tell-all that Hailey 2 is pregnant. There has been a lot of speculation going on about this for a while. She [denied] it, but tonight the news came out.” Now, fellow TLC star Tiarra Boisseau blasted a troll who texted Hailey 2 about her comments.

After the Tell-All, Hailey 2 took to her Instagram to speak about her pregnancy In her post, she shared, “FINALLY I can make this post and not hide! Matthew and I…[expect] Baby Blevins in April 2020 🤩👶🏼 When I first found out I was scared & overwhelmed & happy & nervous. I still am all of those things but I’m mostly grateful because I get to be a mommy! I love seeing you and hearing your little heartbeat, you give me a reason to keep going and to stay strong!” Hailey 2 added. “I know we’ll get LOTS of hate and very little support but we don’t care, we are keeping our baby and more excited than ever!”

Fans of the show posted a lot of comments about the news.  And, many horrid comments went Hailey 2’s way. Now, it looks like Unexpected star Tiarra Boisseau said something nice about Hailey 2. Fans recall that Matthew first dated Hailey 1, previously Hailey 2’s best friend. After Hailey 1 started raising their baby he made off with Hailey 2, which attracted a lot of haters to her social media. Even the cast felt Hailey 2 did wrong. And, one person texted Hailey 2 about Tiarra’s comment.

From a story that Hailey 2 shared on her Instagram, it looks like the person who texted her tried to cause some trouble. The story showed a conversation between Tiarra and an Unexpected follower. It looks like the follower said to Hailey 2 about Tiarra, “Why would she take up for you?” They added, “You f*cked her over multiple times and you’re trying to keep Matthew out of his daughter’s life.” Then they added that Hailey 2 should push him to be a “good dad.” Then they added a nasty comment about karma coming.” Well, Tiarra got to hear of it and blasted the troll.

In her post, Tiarra said to the Unexpected troll “Hailey has no control over what I post. Don’t text her going off on what I post.” They added that they should “stop taking the anger out on Hailey and causing more stress.” She noted that the user could easily have texted her rather than Hailey. Well, naturally, trolls are trolls, and the conversation devolved from there. When Hailey 2 shared it, she noted, “People like this actually make me die laughing. Act your age.”

What do you think about someone texting Hailey 2 to get in her face about comments Tiarra made? Do you think this behavior just shows them up as an immature little troll? Sound off your thoughts in the comments below.