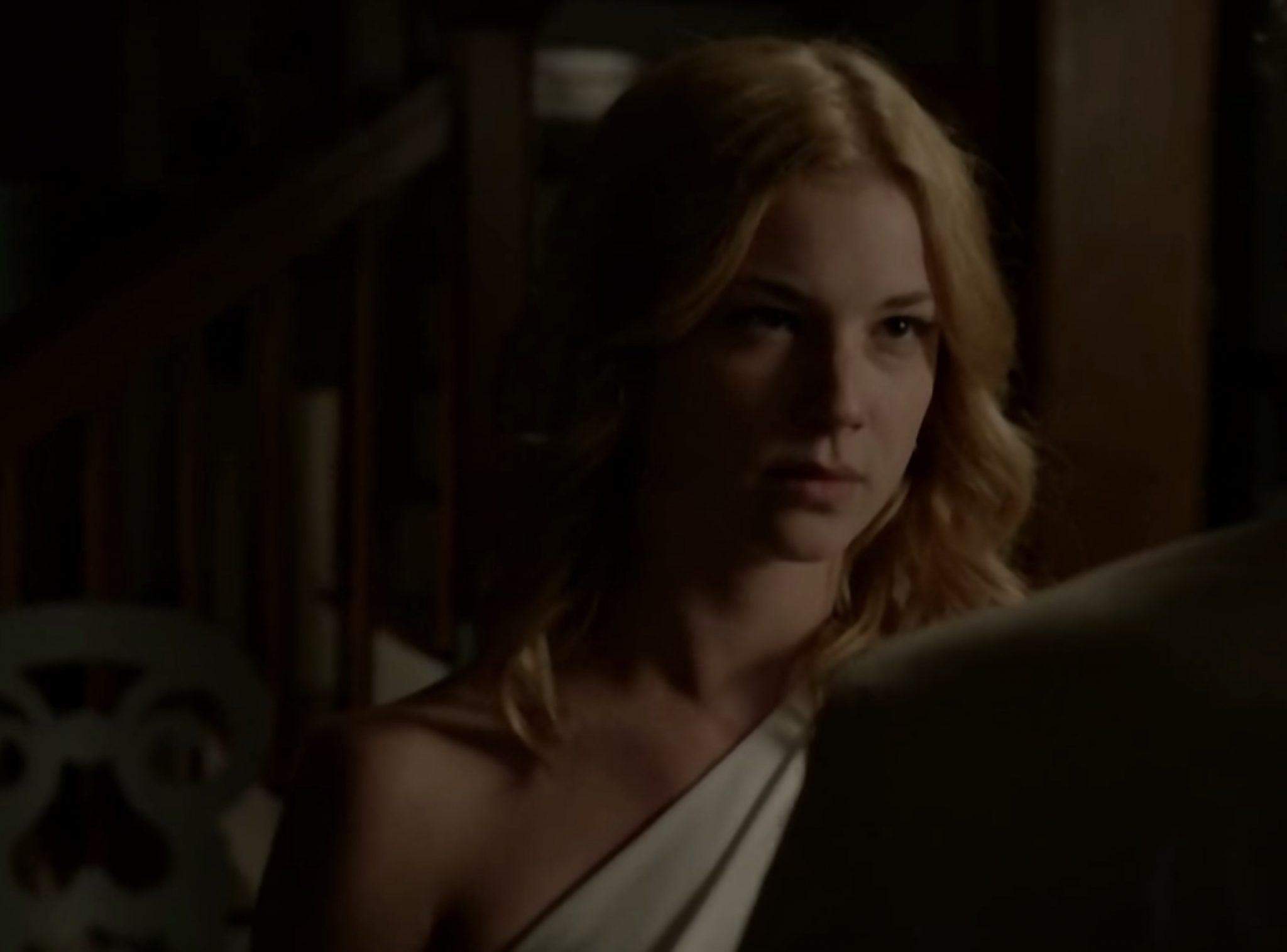 In the past few days, TV Shows Ace revealed that there is a Revenge reboot in the works. Fans are absolutely thrilled and getting their red Sharpies ready for the new installments. Former Revenge star Emily VanCamp is also excited and even knows which former castmate is returning!

Everyone is getting excited about the Revenge reboot. TV Shows Ace recently reported that the original Revenge creator, Mike Kelley and Joe Fazzio, the executive producer of How To Get Away With Murder, are teaming up to do a reboot, or more of a spinoff, from the original ABC series.

The premise of this Revenge update is similar to the original. A young Latinx immigrant wants revenge for the murder of her biochemist mother. She is taking it on the Sackler-like pharmaceutical conglomerate that is responsible for her loss. She is now in the midst of glamorous Malibu, wading through the greed that resulted in her family being destroyed. And, she is trying to avoid a global epidemic to boot.

This is not dissimilar to Emily Thorne/Amanda Clarke’s (Emily VanCamp) own plot. Her deceased father David Clarke (James Tupper) was suspiciously stabbed to death in prison. He had been falsely accused of being a terrorist. Years later, Emily/Amanda had to get cozy with the powerful Grayson family and exact her revenge on them for ruining her life. She got some help from her techie friend, Nolan Ross (Gabriel Mann). David Clarke was his mentor and he helped her ruin the family that ruined her and her father’s life.

Emily VanCamp has been privy to info on the reboot. The Resident star told TV Insider that Kelley and Fazzio let her in on the reboot over a month ago. She is super excited and “happy for them.” She thinks that this further remake of The Count of Monte Cristo is a “great theme” and cannot wait to “see what happens.”

Of course, Emily VanCamp found something special in Revenge, and called this a “special time of my life.” She wound up marrying her co-star Josh Bowman on December 15, 2018. Ironically, their tv marriage aired exactly five years earlier, but that did not exactly work out.

For those who saw the original ABC series, Emily Thorne/Amanda Clarke, she was trying to exact revenge on Victoria Grayson (Madeleine Stowe) by marrying her son Daniel. At the wedding, Daniel paid her back by shooting her in the stomach! There was so much crazy drama on that show, it is not hard to imagine that everyone wants to see it back on television.

There will be one actor returning to the spinoff. But, who from the original is coming back for the reboot? Emily VanCamp knows who it is. Will she spill those secrets?

Almost 1 year married but today marks 8 years together❤️ Thanks to this human for making life the greatest adventure and also for being the best dad to our furry child Frankie. We are so lucky 💕💕💕

Emily VanCamp Knows Which Former Revenge Star Is In Reboot

Emily VanCamp knows who is coming back, but she will not reveal who it is. But, she is giving a slight hint. She shared, “I can’t say who, but they’re bringing back a specific person, and I love that specific person. So, it’s exciting,”

“Exciting,” and “love.” Sounds like Revenge fans will be feeling both of those emotions. But, we still want to know and there are a couple of speculations on who it could be.

Most people think Gabriel Mann will be returning to Revenge. At the end of the original series, his character, Nolan Ross, started his own revenge school. He also starred on Mike Kelley’s Netflix hit, What/If, with Renee Zellweger. From the time that Revenge ended, there was talk about a Nolan spinoff. That was over four years ago. Perhaps when they were filming What/If, Kelley and Mann talked about the possibility of bringing the show back?

The other name floating around is Elena Satine. She played Southern belle Louise Ellis, whose own family tried to destroy her. She is involved with the highly anticipated, now delayed Netflix series, Cowboy Bebop.  due to John Cho’s knee injury, the filming of that series has been delayed until sometime in spring 2020. That could interfere with any sort of Revenge scheduling, should they be ready to film a pilot. Nonetheless, Kelley and Fazzio want to keep this actor a secret.

One thing we know for sure, Emily VanCamp will be watching! “I would absolutely watch that!” Odds are, so will all Revenge fans.

A post shared by SasseeChick Chronicles (@sasseechickchronicles) on Nov 9, 2019 at 6:40pm PST

Revenge fans, are you ready for a reboot? Who do you think is coming back for the new update? Be sure to check back with TV Shows Ace for the latest news on Revenge and all of your favorite shows!