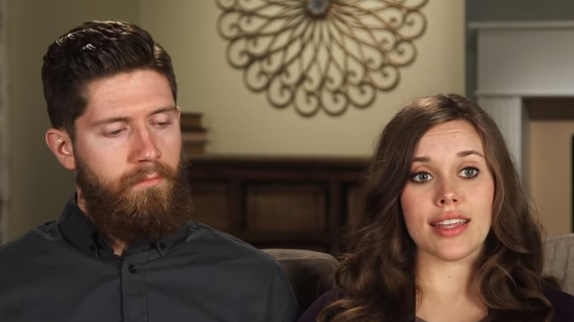 The Duggars have always had a different way of raiding their families than most modern Americans. Michelle and Jim Bob Duggar homeschool all of their kids, almost never letting them out of their sight. These days, many of the Duggar kids aren’t kids anymore, they’re raising their own even. But Jessa Duggar, mother of three with her husband Ben Seewald, has admitted she is not a helicopter parent.

Jessa was the second daughter to get married, after her older sister Jill, both tied the knot in 2014. In the last five years, Jessa and Ben have brought three more children into the world. Their oldest, Spurgeon was born in 2015, followed by his younger brother Henry in 2017. Their third baby was born this year, a girl named Ivy Jane. Duggar has a lot of experience parenting, being one of the oldest of 19 kids, she often was helping with her younger siblings. She tends to spend a lot of her time caring for her family, but she also wants her children to have freedom.

Though Seewald’s religious views seem to be a bit more moderate than those of Jim Bob and Michelle, the couple seems to be living a lifestyle pretty similar to them. Jessa married in her early twenties and never attended college, nor has she held a full-time job. Once she married Seewald, she immediately starting having children. The couple has welcome thee kids in a short period of time and fans are certain it won’t end there.

Made our favorite pancakes for the second time this week. ☺️ My mom used to make this recipe for us growing up! I’ve always loved them so much that I would eat them by themselves— no maple syrup or anything— and Henry does the same. 👦🏼💙 We made up some extras this time to have on hand for a quick snack. 😋 . Swipe left to see the recipe! It’s from boschmixers.com. If you have a quality, high-speed blender (Bosch, Vitamix, Blendtec, etc), you can make the recipe as is— putting the whole wheat kernel straight into the blender! . I don’t have a blender with the ability to grind the wheat kernel, so I just use whole wheat flour instead. 1 cup of wheat kernels = 1 1/2 cups whole wheat flour. . We just mix the ingredients by hand. The boys love getting to stir everything together. 💞

Spurgeon Is A Worry-Free Child According To Jessa

Jessa Duggar spends plenty of time with her children, but she still gives them some independence whenever she can. Having so many siblings, she’s always got a babysitter if she needs one for those nights when she and Ben want to go out. On a recent episode of Counting On, she explained “Spurgeon can fend for himself,” if left with a few of her brothers. There are no worries about him making a mess or her brothers being irresponsible. She did note that she wouldn’t leave a newborn with Jedidiah and Jason Duggar, but she does trust Spurgeon enough not to worry about him.

According to CheatSheet, Seewald has made it clear he doesn’t want 19 kids, though it looks like they’ve been on that path. The issue doesn’t seem to lie with having that many kids, as it is the size of their home. “Imagine living in our house, with the size it is, with 19 kids?” he said. “The bathroom would be in constant use; you’d have to start maybe two days out just to get everybody showered for church on Sunday.”

Jessa Duggar has said in the past that she’s hoping to adopt at some point, so there’s most likely more children in their future. But it would surprise everyone if they end up having 19.