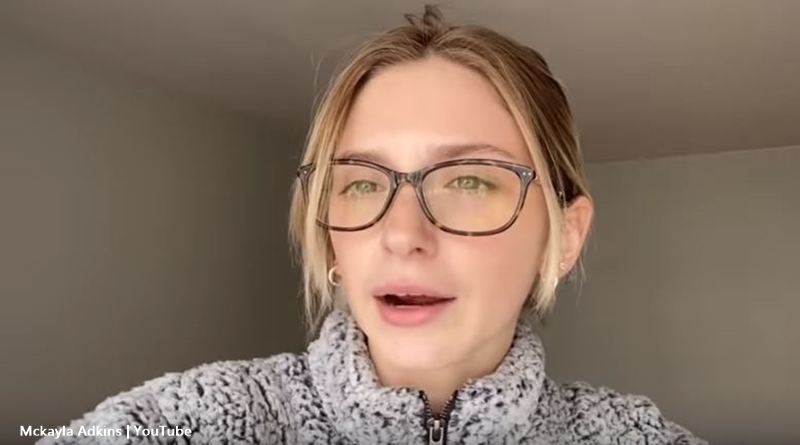 Unexpected aired the Tell-All on Sunday night. What we didn’t see with Caelan and McKayla is a physical clash between McKayla’s grandpa Tim, and Caelan. We do know that since they filmed the Tell-All, Caelan and McKalya got back together. TV Shows Ace reported, that McKayla said, “Caelan is there for his kids now and he’s kind. He’s there for me and he’s proven to me that he really wants to put in some effort and be a good dad and boyfriend.” So there’s a good possibility we’ll see more of them in another season of the TLC show.

In our story,  we also noted that Caelan got supervised child-visitation at McKayla’s grandparents’ place. Now, Starcasm revealed that on one of those visits, a physical clash took place between Tim and Calean. According to their source, it went down earlier this year, “around March or April.” Allegedly, McKayla remained in the house, but not down where Caelan and the grandparents went about the visitation. So, the details never came from her. But, apparently, an altercation got physical and the cops got called.

While no charges got filed, the outlet notes that “Tim got bloodied,” and Calean was “bruised.” And, it seems “Tim’s dog” got involved which helped prevent it from getting any worse. Now, we don’t know who got physically aggressive first, but the outlet previously reported Tim once hit McKayla’ s brother, which ended up in his arrest. So, possibly the violence came from him. Perhaps this emerges in a new season if TLC brings McKayla and Caelan back to the Unexpected show.

McKalya and Caelan move into their new home

On November 2, McKayla shared a video on her YouTube, where she excitedly showed fans their new home. Now away from her grandparents, perhaps the young couple and their children, Timmy and Gracelynn might achieve some kind of normal.  McKayla’s super-excited that they took the downstairs apartment and the people upstairs won’t make a lot of noise. In fact, she noted they even text her. So, McKalya likes her neighbors, something very important.

In the video, McKayla said that she’s been sick, and then Caelan became ill, so they planned moving in over a few days. But she took the time to kiddy-proof the place. Plus, calling the gas company and buying in some food means they’re “all ready to go.” The couch and the bed set awaited delivery. The Unexpected star gave viewers a tour of the home, and she explained she wiped down and swept to make the place all clean. The place looks comfy, spacious, and almost new.

Hopefully, this time McKalya and Caelan get the chance to raise their kids with less tension. We don’t know how grandpa Tim and McKalya’s family feel about the new independent lifestyle, but hopefully, this time Caelan and McKayla make a go of it. Preferably, with no physical confrontations. What do you think? Sound off your thoughts in the comments below.

Remember to check back with TV Shows Ace often for mroe news about Unexpected.