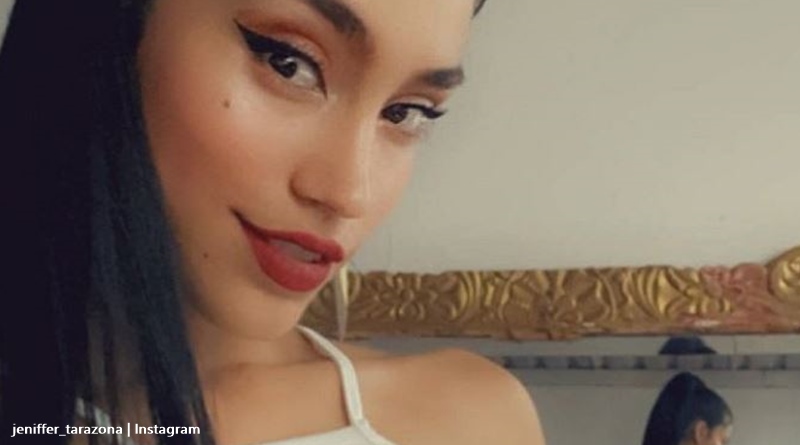 90 Day Fiance fans know that Tim’s ex, Veronica gave Tim a ring he’d given her. TV Shows Ace reported that Veronica thought it would be a good idea if he gave it to Jeniffer. Well, it wasn’t. Plus, Veronica and Tim seemed overly involved and that never sat well with Jeniffer. Now, the two women got into a bit of a spat on Jeniffer Tarazona’s Instagram.

On her IG, Jeniffer shared a post that showed her lip syncing. She looked a bit funny as she rolled her eyes and moved her head from side to side. Veronica chipped in with, “What are you on?!? Hopefully Violet is with your momma or her dad tonight.” Presumably, Veronica thought Jeniffer looked high or something. And, presumably, she actually cares about Jeniffer’s child. This never went unnoticed by fans and one said,” omg you’re starting shit. Jealousy! Mom shaming is horrible. Besides, don’t act like you have any concern for Violet.”

Meanwhile, Jeniffer, who played a much bigger role in the 90 Day Fiance show asked Veronica, “what r u even talking about? 😂”  Well, to most fans it just looked like Jeniffer was having some fun. One fan noted, “seems to me like she’s having some fun. Do you know what fun is vep?” But, not abashed, Veronica continued commenting. She said, “just saying you look like you’re having a fun Saturday and imbibing…hope you’re being safe and having a fun night 😘 you deserve to let loose every once in a while from one single mom to the next.” Then she added, “Yup I sure am jealous…I have Chloe 24/7/365… wish I could let loose like that!”

The spat warms up as Jeniffer responds to Veronica

When Veronica added, “I don’t know what fun looks like without my kid cause she’s with me allllllll the time,” Jeniffer responded. The 90 Day Fiance star said, “I’m already in pijamas and putting my baby to sleep, Too much designwork to do this next hours, but thank you for caring so much.💁🏻‍♀️.” Hmm, “As if,” some fans thought. One fan told Veronica “Your almost a 40 year old commenting on ur ex’s ex or whatever. Great role model.”

But it looks like Jeniffer can fight her own battles, as she then hit back at Veronica. She said, “the funny part is that @el_gringo_charlotte always told me he actually helps u a lot with Chloe so u can go out and have fun. since u being thinking in that 😂 is funny that u make assumptions when u clearly know nothing about me. not the I care about them anyway 👌🏽.”

Why not use the private message option, some fans wonder

Some 90 Day Fiance fans reminded Veronica that if she really cared for Jeniffer or her kid, she’d use the private message option. “if you’re truly concerned, why not text/call/DM privately? Why would you think making a comment like that publicly would come across as anything but snarky and jealous? Give the poor girl a break,” said one. Another agreed, noting, “IG have private message just fyi. Mommy shaming is not cool.”

What do you think about Veronica and Jeniffer getting into a spat on Jeniffer’s IG page? Do you think Veronica was out of line? Sound off your thoughts in the comments below.