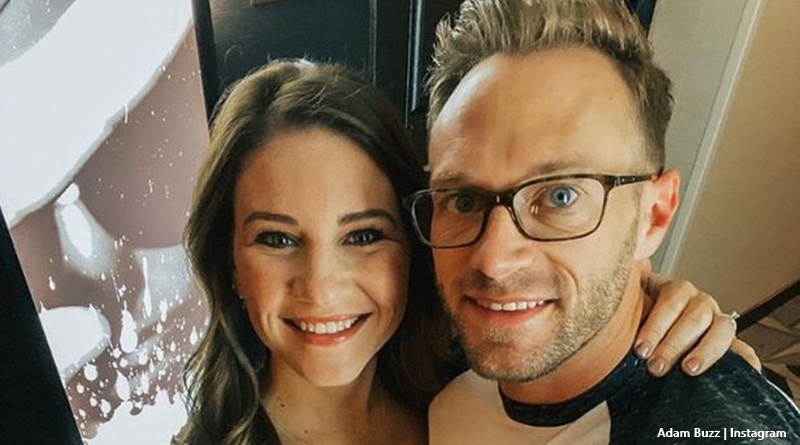 OutDaughtered couple, Danielle and Adam Busby make their way home from their bible mission to Brazil. TV Shows Ace reported on the trip. We noted they taught vacation bible school while they were there. On their way home, some critics spoke out against their trip, but Adam hit back at them.

In Rio, on the way home from Brazil, Adam Busby took to Instagram. There, he shared a few photos of the kids playing around and in bible school. He captioned it with, “Forever changed by the children in this country. Can’t wait to see my girls, but I’ll be leaving a piece of my heart here in Brazil.” Many fans, especially Brazilians, loved that they took the time for a mission in the country. But, critics got all worked up about their visit.

One critic said, “Orphanage tourism is not OK.” One OutDaughtered follower noted, “Studies that show orphanage tourism actually hurts the children more because it sees them being left behind time and time again when tourists come through. It’s sad and not commonly known 😔” Another came up with, ” I don’t understand sooo they left their 6 kids with people sooo they can go play with other kids??? Im sooo confused by this mission.” But, Adam never took it lying down, as these people seemed misinformed about their trip to the county.

Adam hits back at critics about their mission trip

To the critic who spoke about them leaving their six kids to “go and play,” Adam said, “since you are a little ignorant… we weren’t there to just play with kids and leave like most others that you may be thinking g about. We were going there to work along side a local church [that] is planted in the [area] in order to foster an ongoing relationship with the facilities. You really look awful silly when you have no clue what we are actually doing. Maybe ask a question instead of just sprucing your hatred. 👌🏼”

In reply to the critics about “orphanage tourism not being okay,” Adam said that hating means not okay as well. Fans agreed that people seem way too quick with criticism. Perhaps checking first results in less embarrassment.  One OutDaughtered fan said, “…people behind you…negatively criticize the new steps you take. They don’t see anything good in you. Trust in God and keep doing what you think is right. Wicked people will be gone.” A Brazilian replied that the Busby mission’s important and valuable in their country.

Forever changed by the children in this country. Can’t wait to see my girls, but I’ll be leaving a piece of my heart here in Brazil. 🇧🇷

Critics who troll on the accounts of the OutDaughtered couple should know by now that Adam’s never shy to hit back at them. And, very often, his fans feel he takes the win. Cheatsheet noted earlier this week, that “one particular follower of Adam’s accused the busy dad of treating Danielle unfairly.” Adam came back with, “You just saw where they decide to cut it. It’s television. Remember that.” And, yes, very often fans forget the show’s not always revealing perfect things. With no drama, no doubt people would grow bored with the TLC show.

What do you think about the critics who trolled on Adam Busby in Brazil without checking their information first? Do you agree on questions rather than risk angering Adam? Sound off your thoughts in the comments below.