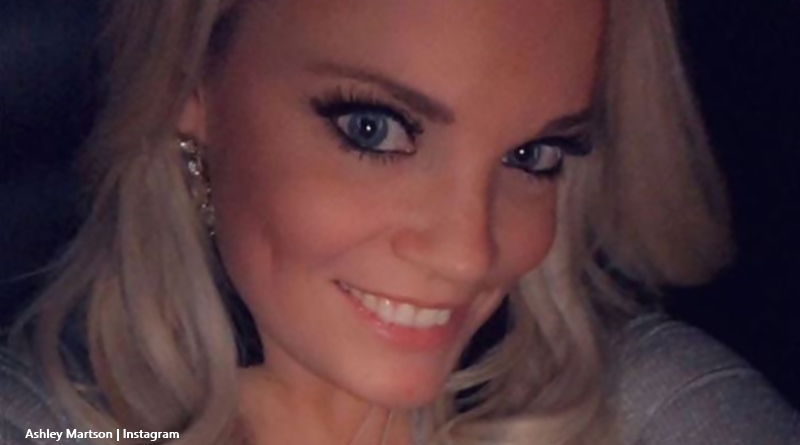 90 Day Fiance fans have grown used to Ashley Martson forever juggling men. But, this weekend they expressed their shock and disgust as it seems Ashley went way overboard with The Bachelor men, Kamil Nicalek and Christian Estrada. Actually, TV Shows Ace reported that at one stage, Ashley suggested she dated Christian. It never worked out, and this time, possibly, in the dark, other men also made their play for her. Plus, fans think she appeared wasted in videos that surfaced online.

When videos emerged of Ashley at a party with the Bachelor crowd this weekend, fans expressed their disgust. Actually, so too did some of the men who were there, in a way. So often, what seems like fun in the night, ends up mortifying in the morning. That could be why Christian Estrada and Kamil Nicalek seem so very disrespectful to her the day after. The Blast mentioned, “Ashley Martson posted a video of Nicalek by the pool this morning and he’s discussing his wild night of s*x. “That s— was good!” he exclaimed while filming himself on Ashley’s phone. “I had her upside down in the shower,” he added. While he doesn’t say who he’s talking about, it’s not hard to put the puzzle pieces together.

Some 90 Day Fiance fans agree that there’s nothing wrong with partying hard, even getting a little wasted. That is until you recall Ashley’s not a young 20-something anymore, and her kids are old enough to see the videos that got shared across Instagram. Some were shared as Stories, but at least three got grabbed by the @187anonymousgossip Instagram account. Over there, fans expressed their disgust at Ashley’s behavior.

The videos of Ashley – fans react with shock

The caption to the videos on IG read, “Looks like Ashley is just living it up on that trip 🚢 (Ashley is in the black shorts and sandals) peep how she didn’t even help that girl up on the third clip (which I think is Courtney) 👀🤣🤣 I’d hate to party with Ashley … The guys are from the bachelor…” Well, the rather unedifying vids are included in this article, but what the fans said really seemed to sum up the “Trashley” nickname, some of them feel. Here’s what a few people said about it:

But, more came after the night out. The 90 Day Fiance alum seems totally unashamed over on Christian Estrada and Kamil’s IG pages, openly talking about it.

Looks like Ashley is just living it up on that trip 🚢 (Ashley is in the black shorts and sandals) peep how she didn’t even help that girl up on the third clip (which I think is Courtney) 👀🤣🤣 I’d hate to party with Ashley … The guys are from the bachelor.. #DrunkenMess #Embarrassing #ThoseGuysAreDouchebags #thebachelor

Ashley talks about coconuts, a train, and a rear-ender

Christian Estrada of Bachelor in Paradise shared a photo of himself on the beach and talked about coconuts. Ashley came in and said, “What about my coconuts they fell right in your mouth 🥥🥥. ” But Christian replied to the 90 Day Fiance alum, “I’m sure those coconuts were on @kamiloo mouth.” No worries to Ashley, who came back with, “oh sh*t! I couldn’t remember between the two of you 😛.” When Christian replied with three little train emojis Ashey replied, “ain’t no thang like a choo choo train.”

But typical of guys who enjoy the night, he came back with, “bad news for you, this train ticket it’s too EXPENSIVE for you.” Ashley just told him to “take it out in my ass later.” Keeping it all very unclassy, when Christain said, “LMFAO , too late the train left you.” Ashley responded with, “@estradac11 all aboard mother f*cker.” Disgusted fans chipped in and one summed it up with, “@ashleye_90 you are a trash bucket.” Meanwhile, on Kamil’s page, Ashley said, “Thanks for last night 😘.” His reply, “how’s the wheelchair treating you?”   “😂😂 no wonder she was cripple today,” said Christian.

What did you think about Ashley Martson in the videos and her follow up conversations with the Bachelor men? Are you surprised that fans reacted with shock and disgust at her behavior? Sound off your thoughts in the comments below.

Kylie Jenner Is The Latest Kardashian Member To Have A Crazed Stalker
Is ‘Counting On’ CANCELED? Abbie Duggar Drops More Hints
‘Bachelorette’ Fans Asked, We Answer: What Does ‘Sex-Positive’ Mean?
Is David Eason Deliberately Fishing For Trolls With New Dog Post?
Janelle Brown Puts Her Pie On Display, ‘SW’ Fans Want A Taste