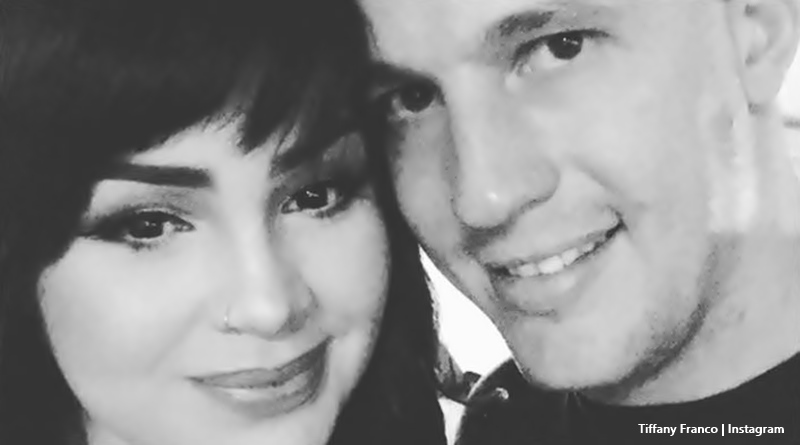 90 Day Fiance fans grow confused as pictures emerge of Tiffany, Ronald, and the kids together. In the Tell-All of The Other Way, we saw Tiffany in the USA and Ronald on video call. They didn’t look like they were in a wonderful place back then, but that might just be the TLC storyline. However, in real life, they spend time together. So naturally, fans wonder if Ronald made it to the USA yet.

Originally, we heard that Ronald had criminal convictions. In fact, the issue meant he couldn’t even go to the USA for the birth of his daughter. TV Shows Ace reported what Tiffany said, “My mom held my hand through it all, and Ronald was on a video call with me from the moment I went into labor until childbirth.” It turns out that Ronald was on the phone but not there when it happened. He can’t come to live in the United States.”

But, his convictions might not be as bad as first thought on 90 Day Fiance. It emerged that Ronald never actually got convicted as the charges were withdrawn or overthrown. Heavy.com mentioned it, noting, “Tiffany met with an immigration lawyer to discuss the possibility of Ronald being able to enter the United States after the two married. Immigration officer Robert Gillespie explained that Ronald’s criminal record plays a big role in the visa process.” Despite the charges being withdrawn, it might still cast a pall over a green card, it seemed.

Spousal visa possible, and Tiffany set the process in motion

Tiffany said in her IG stories that she applied for a visa for Ronald. Perhaps, with withdrawn or overturned charges, he might not be in as bad a position as Jon Walters, of a previous 90 Day Fiance show. Jon got convicted on assault charges after a brawl at college. Meanwhile, on the show, we saw the immigration lawyer say that “If there is anywhere on his record that he admitted [guilt], that is an admission for which he can be determined inadmissible,” Well, it’s unlikely he’ll have a guilty charge on his record if he never pleaded guilty. In Africa, if you admit guilt, it doesn’t go to trial and you get sentenced, over and done.

Of course, the other option for minor offenses is that a person could admit guilt on an admission of guilt notice. Cluvermarkotter.law notes this aspect of South African law. They wrote on their website, “It is a mechanism to settle trivial disputes between the state and an accused, to avoid a long trial procedure. The strength of the case against the accused is never tested.”

What is an admission of guilt in South Africa?

“The admission of guilt register is destroyed after a year, unlike the criminal record book, which is never destroyed.” It’s possible that Ronald took this route. In other words, if he did he would come up clean on a police criminal background check after a year. It’s common practice for people emigrating from South Africa to apply for it when leaving the country.

Another thing to think about is that we heard his mother laid charges. But, if she withdrew them, there could be a record of the complaint, but he won’t get a criminal record if she withdrew them before trial. No criminal record of being guilty means no criminal history as far as the South African Criminal Clearance Police are concerned. And that criminal clearance record is vital for emigrants from the country.

Is Ronald of 90 Day Fiance in the USA yet?

Whatever happened, the visa process is in and the 90 Day Fiance couple seems rather upbeat about it all. In her latest Instagram Story, Tiffany shared a video of Ronald, the baby, and her son Daniel. The traffic markings showed left-hand side markings, which is where they drive on South African roads. Plus, Ronald shared a photo of him and the kids at a fountain on his Instagram. Fans asked if he had arrived in the USA yet. It seems that he never yet arrived in the USA. Ronald replied, “not yet but visa in process.” So, it looks like Tiffany shared a photo of the family while she visited South Africa.

Your 90 Day obsession starts NOW! Tune in for new couples, new romances, and new drama on the season premiere of #90DayFiance.

What do you think about the visa application being in for Ronald to come to the USA? Do you hope the family gets to stay together permanently one day? Sound off your thoughts in the comments below.

‘My 600 Lb Life’ Milla Clark: Where Is She Now And How Is She Doing?
Does Colton Underwood Have A Boyfriend? (No, Not The Plant)
Can Romance Be Rekindled? Find Out In Lifetime’s Thriller ‘Lethal Love Letter’
Dr. Now Shares A Key Factor In Reversing Obesity: What Is It?
Fan Confirms Garrick & Dannielle Merrifield’s Relationship Status