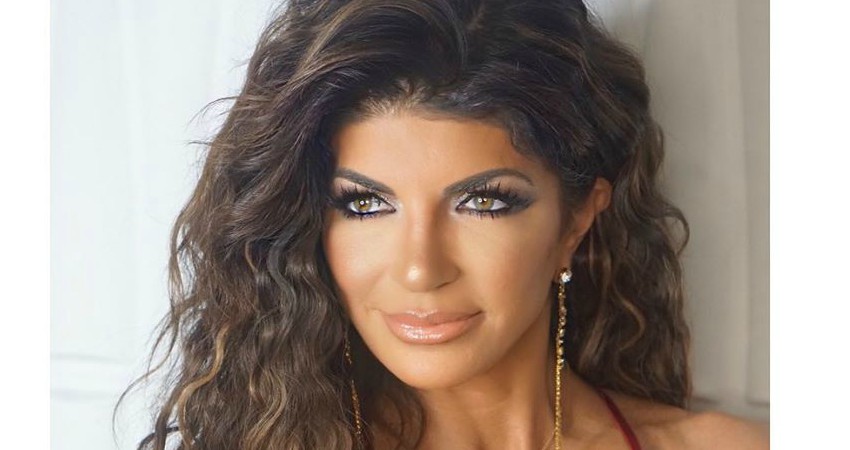 The Real Housewives of New Jersey fans can rest assured. Teresa Giudice doesn’t see herself leaving the show anytime soon. Her recent comments suggest the reality star believes the show wouldn’t exist without her. She definitely does bring a lot of drama to the hit Bravo show. Who can forget her iconic table flip from Season 1?

RHONJ Star Calls Herself the ‘OG’ of New Jersey Franchise

Reality Blurb reports that during a local appearance in New Jersey, Teresa fielded a question about a potential exit from RHONJ. Her immediate response was that no, she doesn’t plan to leave the show because she IS the show.

“Do I see myself [leaving the show]? No. Because hello, what’s my name? Teresa Giudice. I’m the OG. If I leave, I think it’s not going to be a show anymore. Not like … I mean, it’s kind of all about me, unfortunately. Not that I even wanted it about me, and I don’t.”

Her cast members might disagree about whether she wants the show to be about her. Teresa’s ability to make everything about her has been a topic amongst her various co-stars since the beginning of the show.

Does Teresa Regret Joining the Show?

During her recent joint interview with her husband, Joe Giudice admitted that he regrets doing the show. He stated that his legal troubles only began after his family became household names through the exposure RHONJ gave them.

At the time, Teresa said she didn’t regret it. However, now she admits that she goes back and forth about the decision.

“‘Should I have done it, should I have not done it?’ It’s a hard question. Listen, I guess God brought it to me for a reason, because I didn’t sign on the dotted line right away. It took me, like, 11 months to say yes to do it. So it’s like, I did think about it almost a year, and then finally I did it.”

As fans know, when Joe was released from prison, he was sent to an ICE facility to await a decision in his deportation case. However, the conditions at the ICE facility were so bad, Joe asked to return to Italy to wait out the appeal. The RHONJ star’s husband arrived in his home country in October.

His daughter, Gia Giudice, revealed on Instagram that she and her family had planned to visit Joe in Italy sometime this month. That visit is happening right now and the proof is on her social media. The college student shared a photo of her 3 siblings, along with Joe and Teresa, after they arrived in Italy.

TLC’s New ‘Filth Fighter’ May Give ‘Hoarders’ A Run For Their Money
‘Bringing Up Bates’ Preview: The Family Is In For A Huge Shock
What’s Going On At Kanye West’s Los Angeles Residence?!
POstables Finally Get Their Wish: New ‘Signed, Sealed, Delivered’ Movie Will Start Filming Soon At Hallmark
‘Seeking Sister Wife’ Garrick & Dannielle Merrifield Still Together, Building New House?