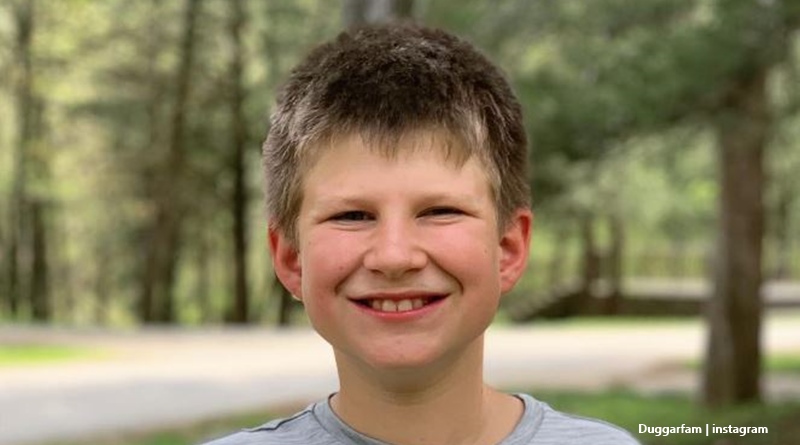 Counting On fans saw Tyler in the latest episode of the TLC show. Seldom seen, fans often ask who he is. So, we decided to hunt down the details for our readers, for future reference. Notably, fans noticed his name does not start with a J. But, that certainly doesn’t mean he’s not a Duggar.

Counting On – Who is Tyler?

All the Duggar children’s names begin with J. We met Josiah, Jinger, Jana, Jed, James, John David, and more over the years. So when fans of the TLC show see and read about Tyler, the first thing they ask is why he’s got a different name. We also saw Tyler on a different season of the show, about a year ago. He helped Jana cook a gluten-free cake for John David. Fans of Counting On asked about him back then, as well. Well, fans who follow the Duggar social media met him a while back.

Distractify reminds us that “Tyler lived with Michele and Jim Bob since 2016. They raise him as their own child, following them gaining temporary custody.” Young Tyler’s related to Michelle. He’s the son of her niece, Rachel Hutchins. Unable to care for him, due to some alleged unemployment and criminal issues, the Duggar family took him in. Initially not seen much, more and more these days we see him out and about with the Duggar kids. And, also on the Counting On show. In the post below, Tyler’s in the third photo.

There is no better way to spend an afternoon than by going fishing! 🎣 At least according to Jackson and Tyler! ☺️ #perspective #bigcatch #childhoodunplugged

The Duggar family share pictures of Tyler and it looks like he really enjoys the outdoors. Like the other kids, he’s taken to fishing and getting out in nature. He was featured in a family photo on a trip to the Grand Canyon National Park in early October. So, he does not get left out of the activities. In July, Tyler came up in another @Duggarfam photo on Instagram. It got captioned with, “Making memories! Enjoyed a warm summer evening at the rodeo with Tyler, Jordyn and Jennifer! 🤠”

Fans asked about Tyler on that post as well. One fan asked, “Hi I don’t remember who is Tyler. Is [your] son adopted? I am following you family…all the time (sic).” Another fan of Counting On asked, “Who is Tyler, a nephew?” Well, yes he is, but he’s more than that, he’s fully integrated into the Duggar family and gets treated like the other kids in the clan. Follower @nahla8799 told those who don’t know, “Tyler is Michelle’s great nephew that they have guardianship over. I don’t think he is adopted but he seems very happy and settled in this family.”

Does Tyler see his mom?

Actually, the Duggars managed to get full guardianship of him and the news came out in November 2016. Now, Tyler’s a full family member and looks much happier in a stable environment. Distractify noted that “Even though Rachel’s mom gave up custody of her son, the Duggars allow Rachel to see her son through supervised visitations.”

So, now you know that Tyler’s very much part of the Duggar family, although he’s not a child birthed by Jim Bob and Michelle. What do you think about the family taking him in? Sound off your thoughts in the comments below.