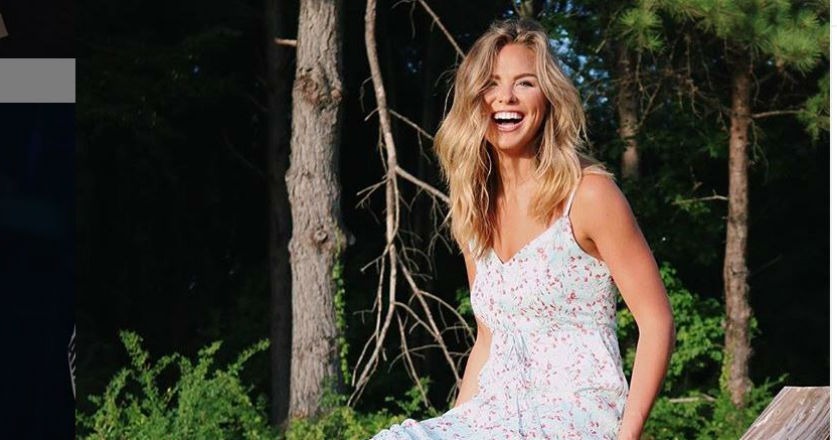 While Hannah Brown has been killing it on Dancing With the Stars, she has had a rough few weeks. During the Halloween episode, she received very harsh criticism from one of the DWTS judges. The former Bachelorette had spoke out on social media about her emotional meltdown and now she is talking about how she is coming back from all that. Hannah is well on her way to getting her confidence back.

Hannah is regaining her confidence

US Weekly spoke with Hannah about the week she has had. They talked with her about how she is gaining her confidence back after the harsh criticism from judges. Hannah had the following to say,

“I grew so much through The Bachelor and Bachelorette experience to be this really confident woman, to make decisions and choices that I never thought I would have to and that maybe a younger Hannah wouldn’t have made and I’m really proud of those choices that I’ve made.”

She continued,“Then going on Dancing With the Stars was a tough transition for me — and doing something that is very new to me can kind of break down that confidence. … This has been a really good experience to be able to have all my emotions and it’s been a roller coaster and, like, allow all my emotions to be released. I feel like I’m getting back to that confident woman that I have become.”

That was a freaking blast. Thank you @alanbersten for a fun week. And THANK YOU ALL for accepting a little piece of my heart I left on the ballroom for you guys—so glad we will be back next week!

How Hannah was criticized

The judge that criticized Hannah was Carrie Ann Inaba. She told Hannah she was “disconnected in the movements.” Alabama Hannah is quick to point out she in no way blames dancing partner Alan Bersten. She did say, however, that she didn’t feel the song choices were right. That is until their latest dance on Monday night.

Alan and Hannah were just one point shy from a perfect score. Hannah said “American Girl” by Tom Petty is her favorite song which helped a lot. She said she feels like she got her second wind back.  Hannah said, “I’m always vulnerable. I’m always going to be honest and when somebody is right, they are and I’ll be able to say that, but I was ready to give more of myself tonight.”

Hannah went on to say, “I want it to be my story and I want it to feel like me and every week. I wanted to go out there and showcase a little piece of my heart, and I didn’t feel like I was doing that — and I think that people could see the disconnect in that and I could feel it too and I never want that to be an issue. That’s how I got here is being able to connect with other people in the audience, and so I’m really glad that I feel like I got to do that tonight.”

Even judge Carrie Ann Inaba agreed Hannah showed much improvement after the criticism. She felt it was a huge comeback and gave her a 10. After last week’s harsh words stung Hannah, sources noted her being visibly upset and crying backstage.

As previously reported, Hannah went to Instagram to share details and open up about her emotional meltdown. It all had just taken a toll on her. Along with everything else she is also still squashing dating rumors with Alan Bersten. Although they deny dating, fans are still hoping to see them hook up.

Hannah is well on her way to winning the mirrorball trophy. Who do you think will win? What do you think of Hannah’s dance this week? DWTS airs on ABC.