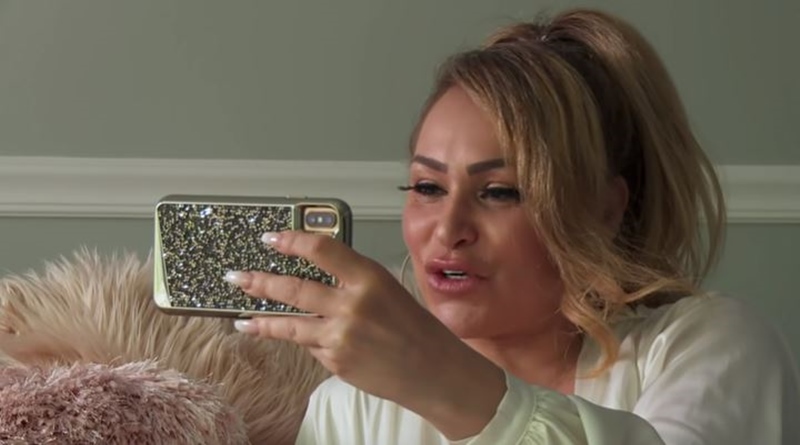 90 Day Fiance: Before the 90 Days never worked out for Darcey Silva. She returned to the show after her failed relationship with Jesse Meester, and this time took up with Tom Brooks. Their relationship ended up inconclusive, which is hardly surprising as they didn’t seem to have much of one in the first place. Now, Tom’s sister, Emma Jayne Brooks accused Darcey of cheating on her brother.

In the Tell-All, that we reported Tom got much drama from Angela Deem, Shawn Robinson revealed that Tom got engaged twice in the past. While Darcey looked shocked, he just mentioned that she never bothered to ask. And of course, we know that his sister Emma Jayne thinks the whole thing was always about Darcey, and she felt the 90 Day Fiance star never even tried to get to know Tom. So, there’s bad feelings there. It seems that Emma’s very protective of her brother Tom. Creepily so, some fans think.

The relationship with Tom and Darcey really seemed sparkless this past season. Tom, ever distant, only lightened up when he could dance with other women. When she returned to the USA, he avoided her calls and generally got irritated with her. So, no surprise they all went home in a sort of limbo. Not that it stops sister Emma cashing in on Tom’s few minutes of fame, as she does her cameos these days. One wonders if the cheating allegation even holds any water, as Tom and Darcey never really got the boat floating.

On her Instagram, Tom’s sister alleged that Darcey’s been unfaithful.  90 Day Fiance blogger and guru, John Yates shared the allegations that Emma Jayne claimed. Cheatsheet noted that it showed a “screenshot from a video of someone who appeared to be Darcey Silva. She claimed the video contained sexual advances from [Darcey] to another man from the UK. Emma used the hashtags #liar and #notgenuine and captioned the screenshot, ”sorry Tom.”

Anyway, in the dialogue that followed, Emma said that she could have shared the whole video but didn’t, to spare Darcey’s “kids.” Well, it seems Emma’s not totally Ms. Popular with the fans of the show. One commented on John’s Instagram, “why would the sister have a copy of a video of Darcey supposedly in bed with another man unless it’s more fake staged drama to keep them all in the limelight. The fact that the sister is doing cameos is enough to tell me they are trying to be famous. Ridiculous!” Another noted, “[Emma’s] giving off some SERIOUSLY creepy ‘Flowers in the Attic’ vibes with this nonsense.”

Fans wonder how Emma can call it cheating

Rightfully, some 90 Day Fiance fans wonder why Emma even views it as cheating on Tom, even if it actually happened. One commented, “when did she even have time to cheat while visiting Tom? I’m not buying it.” Others noted that they never had much of a relationship anyway, so it couldn’t be called cheating. After all, Tom always kept her on the edge of going nowhere and never actually proposed or anything.

What do you think about Emma Jayne Brooks accusing Darcey of cheating on her brother Tom? Do you think it’s very likely? And even if she did, could we even classify their relationship as “close?” Sound off your thoughts in the comments below.

Which ‘RHOC’ Alum Could Return As ‘Friend’ Of The Housewives?
WOAH! Tori Roloff Fires Up ‘LPBW’ Fans: Is She Mad At Amy?!
Andy Cohen Dismisses Victims On Erika Jayne Documentary
‘Renovation Island’ Resort: Why Was It Shut Down?
Jeff Kober Talks ‘General Hospital’ Exit: ‘Thank You For Hating Me’