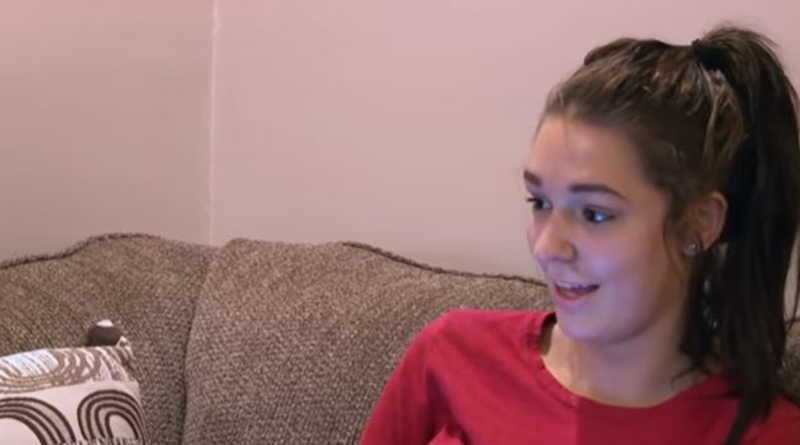 Unexpected fans get quite caught up in the lives of the cast in the TLC show. Hailey 2 got a lot of haters and trollers as she now dates Matthew, who originally made a baby with Hailey 1, her ex-best friend. Now, recent rumors and a photo reveal the possibility that Hailey 2 also expects a baby. But, it’s gone beyond just trolling now, as Hailey 2 got death threats against her and the baby from an Instagram follower.

Unexpected cast, like other TLC show members, get death threats

TV Shows Ace reported that other TLC cast members also got death threats. It involved TLC’s 90 Day Fiance: The Other Way. In fact, the person who made threats against Evelin lost their job. In fact, he subsequently bullied the bully, which never went down too well with fans. But, bullying and death threats are never acceptable. Plus, it actually constitutes an offense in the USA. ABC News reported that a boy who threatened to shoot up his school, “said it was a joke,” but it’s viewed very seriously.

The death threat that Hailey 2 experienced is not even as random as that. The follower threatened the Unexpected star. And, they threatened her rumored baby too.

Sharing about it on Instagram Stories, Hailey 2 said. “Like WTF is wrong with you people?” And, she also shared her thoughts writing, “I get it, y’all don’t like me and can make fun of my hair or my teeth or whatever.” Then she noted, “but this sh*t right here is plain SICK!”

Death threats aimed at Hailey 2 and her baby

The death threats against Hailey 2 came from a follower. Hailey posted the conversation screenshot on her Insta Stories. The abusive follower started off by telling the Unexpected star, “There’s a hit on your man and your head…10.000$…Girl Bye.” Next, they added, “The baby’s a bonus if there is one in there.” Not stopping there, the follower said, “You deserve to die…There’s a bunch of people bidding on your hit.”

Naturally, Hailey 2 told them they were “sick and seriously disgusting.” But, that only seemed to spur them on. Next, the hater said, “Now I know you’re pregnant I’m gonna have someone catch that bonus.” After saying more uncomplimentary things, the hater threatened Hailey 2’s baby, saying, ” I pray your baby dies b*tch.”

You can see screenshots of the alleged conversation below.

What do you think about Hailey 2 getting such hate that people actually threaten her with death? Do you think Hailey 2 should report this to the police? Sound off your thoughts in the comments below.

Savannah Chrisley Secures Her Back-Up Baby Daddy: Who Is He?
‘LPBW’: Jeremy & Audrey Roloff Have Low-Key Wedding Anniversary – Is Their Marriage Okay?
Chase Chrisley Wants To Move To The Bahamas: Would Todd Allow It?
‘Gold Rush’ Alum Todd Hoffman Back with ‘Hoffman Family Gold’
‘BIP’ Brendan Morais Reportedly Fired From NordicTrack, Why?