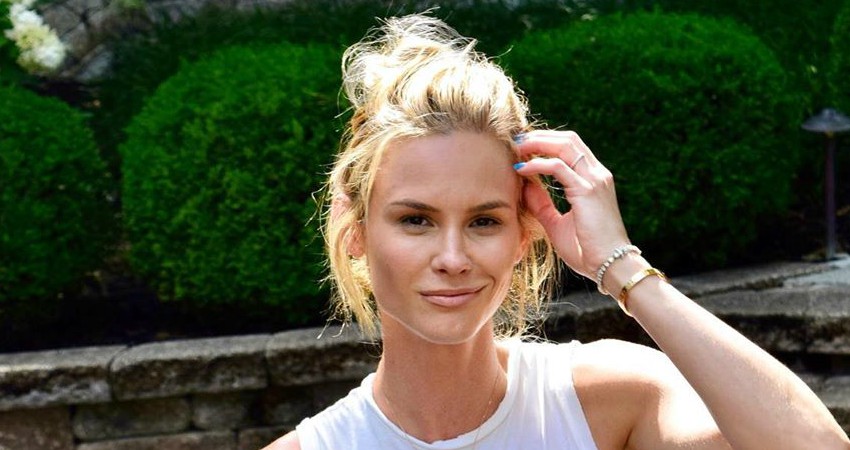 It’s the drama you won’t see on The Real Housewives of Orange County. It’s been two weeks since Jim Edmonds suddenly filed for divorce from former RHOC star Meghan King Edmonds. A week of he-said-she-said allegations and public bickering ensued.

Meghan implied that Jim had cheated on her with the family’s nanny. Her estranged husband vehemently denied the allegations by attacking Meghan’s character. Jim said the allegations were a result of her insecure, narcissistic behavior.

Perhaps feeling the public backlash to his comments, Jim quickly changed course. He gave an interview apologizing to Meghan for letting his exhaustion get the best of him. He vowed to “make things right,” while saying how much he loved his wife.

His ‘nice interview,’ as Meghan called it, heavily implied that the couple were working things out. However, Meghan is speaking out against his controlling behavior.

I’m sick of the ABUSE. Here’s MY TRUTH. #LinkInBio

In a frank interview with Us Weekly, Meghan reacts to the public statements Jim has made about their split. The Real Housewives of Orange County star says that she hasn’t spoken to Jim since the split. Yet she felt that he was trying to speak for her in his apologetic interview.

“That’s not fair to me. He is not my mouthpiece, and I believe the facade he presented is false and manipulative to the public while using and taking advantage of me.”

The reality star is fighting back after Jim’s seemingly unhinged posts that put the blame for the split on Meghan’s shoulders. Meghan stands up for herself and says she won’t take his emotionally abusive behavior anymore.

“I have endured prolific controlling by Jim and it isn’t slowing down. Even when I make an unassuming post on Instagram, he hurls insults at me for a battery of made-up indiscretions. I’m sick of the abuse and I won’t engage anymore — and I don’t have to.”

Was the Divorce Discussed?

In defending herself against her ex’s insults, Meghan reveals nitty-gritty details of the split. While she says divorce was discussed, it wasn’t a serious consideration for her. Moreover, she says she was left blindsided by the unexpected filing.

“Divorce had been discussed as something that could be possible but I truly thought he could change and work through his demons. Divorce never really crossed my mind. I had to find a divorce lawyer in a matter of hours. He filed so quickly that it seems to me (and others) it had been ready to go and he just was waiting for an event to happen so he could pull the trigger.”

The ‘event’ that happened was an argument between the two about a hockey game Jim attended with the nanny. Police were called to the former couple’s home but it was deemed a verbal dispute. No charges were filed.

Police were called again two days later when Jim entered the home to get some of his belongings. In that situation, Meghan wasn’t home. However, her mother was and called the police. Jim was allowed to retrieve some of his things.

Meghan sheds light on how the split is affecting her kids. She claimed that Jim hadn’t seen the children since the divorce filing.

“He hasn’t seen them since he left me — in no part due to any reluctance on my part — but hopefully, he will see them soon.”

However, hours after her interview went public, Jim posted a photo with their son Hart. The caption reads, “A little oxygen therapy with Hart.”

Season 14 of The Real Housewives of Orange County has its fair share of drama even without Meghan. The show airs Tuesdays on Bravo.

‘Edens Zero’ Season 1 Netflix Release Date: What To Expect
‘Bringing Up Bates’ Preview: The Family Is In For A Huge Shock
A Big Duggar Announcement Could Be Coming Soon – What Is It?
OMG!! Tammy Slaton Makes HUGE Weight Loss Progress [2021 Update]
Erin Krakow Wants Lori Loughlin To Return To ‘When Calls The Heart’