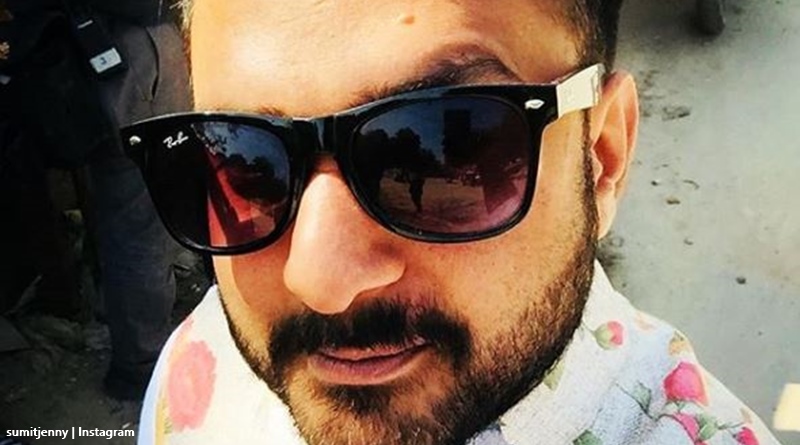 90 Day Fiance: The Other Way already ended, but that’s not stopping followers of the TLC show from bashing Sumit. Possibly, that’s because rumors abound that Jenny and Sumit return for the second season of the show.  TV Shows Ace reported about that back in September. Many fans still bash Sumit because of his Indian wife and his many lies. Jenny asked people not bash on her IG, but fans bashed at him on his IG after he shared a throwback Thursday photo.

Sumit shared a throwback photo, and he captioned it with, “sorry for all the haters and thanka for all my friends and fans a day before throwback Thursday.” Well, haters latched onto the post and bashed him a bit more. One follower said, “One day you will get your karma Sumit. You behaved badly and stung everyone in this situation.” Another comment said, “think of what your wife must be going through. I can’t imagine the humiliation she must feel.” Actually, quite a few 90 Day Fiance followers feel the Indian wife must be very embarrassed by his infidelity.

Others hate that Sumit lied so much to Jenny. Plus they believe he lied on the Tell-All of the show. One follower raised that, saying, “Don’t hate you, just hate the lies. Even on the [90 Day Fiance] tell all I feel you lied when you said you were not having s*x with your wife and Jenny at the same time. You know you were and everybody else knows it too. Stop the LIES!!!” He tried defending his actions, but it seems he can’t please everyone with his explanations.

Sumit explains his position to critics who bash him

Sumit came back at his critics, saying, “We chose to share our story via international television not to make a bad image of me or anyone. We shared to show how hard it was to fight for love and i m still fighting. I never want to lie to harm anyone but i did lie and m feeling sorry for that 😔.” But, Sumit’s not getting off that easily. As one 90 Day Fiance fan noted, he could have endangered Jenny’s life.

One fan vented about it, summing up what many critics feel abut Sumit. They wrote, “But on the show, you left Jenny to go home to your parents. Why? You actually want us to believe and excuse the lies and pain you caused. If you truly loved Jenny, you would’ve told her “I have no choice Jenny, I have to marry this girl. Even though I love you Jenny, I cant marry you now. Don’t come to India. Dont leave your daughter & family. Im sorry Jenny”. That’s Love Sumit!! We all worshipped and praised you. But you forced us to watch someone we all loved be left alone, scared, confused….. This divorce should’ve been started before bringing her there. You got caught!!! Its the only reason you finally told everyone the truth.”

Meanwhile, Jenny’s in a happy place

While fans hate on Sumit, it looks like Jenny moved on. In fact, Screenrant noted that Jenny seemed to never stop loving Sumit despite his lies and betrayal.  We reported,”Right now, it looks like this 90 Day Fiance couple is doing great. She said that she is happy, which is great news.” What do you think about that? Also, do you think not enough coverage was given to Sumit’s Indian wife? After all, she could be very humiliated. Are you surprised fans still bash at Sumit even though the show already ended? Sound off your thoughts in the comments below.