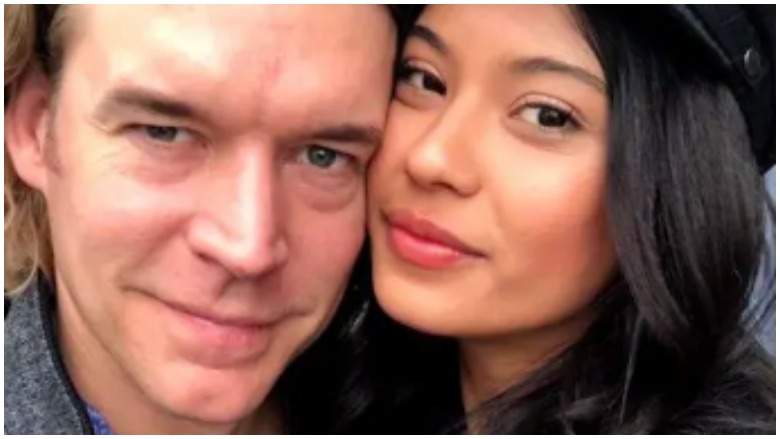 The original 90 Day Fiance series returned to TLC on Sunday night with a bang. The show introduced five new couples on the popular television series. One of the castmates included Michael Jessen who’s been featured in that infamous commercial that shows him swearing up and down that Juliana Custodio de Sousa is not a prostitute.

Jessen is a 42-year-old self-employed investor from Greenwich, CT who has made quite the living for himself. He didn’t take long to show off his fancy clothes, luxury cars, and expensive homes. Jessen could be the show’s first wealthiest man with the finances and lifestyle to back it up. He met Juliana, a 23-year-old model from Goiana, Brazil on a yacht party in Croatia.

The two have an interesting relationship. While Jessen insists that they made an emotional connection, it didn’t take him long to buy Juliana lavish gifts. He even gave her access to his credit cards. Of course, their relationship wasn’t always champagne wishes and caviar dreams. The New York Post reported that the couple was denied the K-1 visa.

In a teaser clip for 90 Day Fiance’s upcoming season as previously reported by TV Shows Ace, Jessen sternly tells the cameras, “No, she’s not a prostitute!”

Even Juliana felt uncomfortable during the visa interview. She admitted to the cameras that it wasn’t too much fun. She didn’t like that they asked if she worked as a prostitute in the last 10 years. Even if the question is odd, it’s commonly asked during visa interviews to see if the couple applying for a visa is legitimate.

Of course, Jessen wasn’t too happy about that one particular question. “What does that make me?” He continued. “A pimp? No, she’s not a prostitute!”

Juliana wasn’t the only one who was asked unnerving questions during the visa interview. Jessen is now worried that people will only see him as “an old, sleazy rich guy” after appearing on the hit reality series. It already doesn’t make him look good since he’s an older, wealthy man who’s with a younger, beautiful woman.

Their relationship wasn’t always as easy as it appeared. The couple hit a rough patch during their two years of dating. After they were both denied a K-1 visa, they had to figure out ways to see each other at least once a week each month. Since Juliana lived in London, Jessen made plans to visit her there. Whenever he traveled to Asia for business, she would arrange to meet him there.

The couple worked hard to make their relationship work. Juliana and Jessen even planned trips to Argentina and Chile. So, what’s the status of their K-1 visa now? Jessen wouldn’t reveal any details, but he did say that he and Juliana are finally toward the end of the lengthy K-1 visa process.

The K-1 visa process can take up to 12 months and costs $3,500 for legal fees and paperwork. The expenses for travel and other things can also impact the final costs. The process doesn’t just include the difficult visa interview. It also involves a request for social media posts, vacation receipts, and photos to verify that the couple applying is legitimate.

90 Day Fiance’s seventh season premiered on Sunday, Nov. 3 at 8 PM EST on TLC. The new season will follow Michael Jessen’s complicated relationship, including six other couples that consist of Americans and foreigners who are trying to get married within three months.