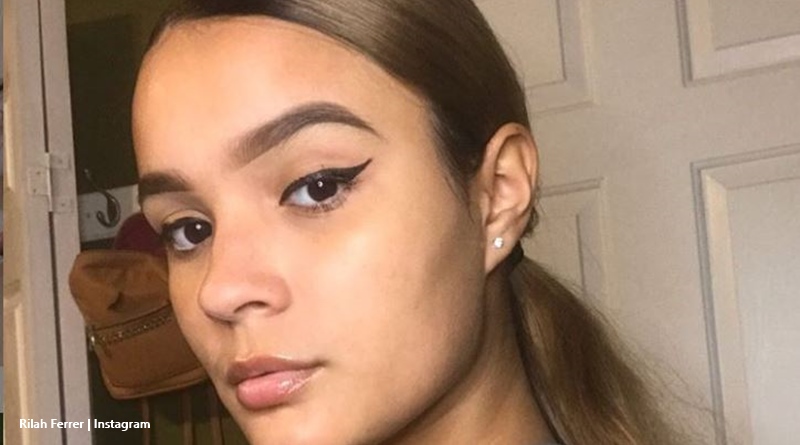 Unexpected fans heard that Rilah accused baby daddy Anthony of physically abusing her two weeks back. Now, he’s been arrested for alleged domestic battery. Rilah shared the first incident on her social media on October 20. Since then, a report to police resulted in his arrest in Florida.

TV Shows Ace reported that Rilah “says that Anthony looks like a “good guy” on television. Rilah showed a bruise that she says Anthony gave her with their daughter in the car. According to her post, Anthony even said negative things about her to their daughter.” However, she didn’t tell her mom at the time. Days later, her mom Rosa popped up on the Internet and she certainly sounded very unhappy.

Next, we covered the story of Rilah saying that Anthony intended dating another girl out of State. In that report, we noted, “they aren’t staying together. And, it seems Anthony might not be around for baby Malayah much. On her Twitter, Rilah told her followers how angry she is, as Anthony has already taken up with someone else. And, that someone’s far away.” So, it looked like Anthony moved on and Rilah was happy to see the back of him. But, since then, the Unexpected baby daddy got himself arrested.

Starcasm followed up on the incident where Rilah alleged Anthony abused her. It turns out the couple, along with their baby, Malayah hit the road for a church community event. During the ride, Rilah told Anthony she wanted out of the relationship. Allegedly he started driving very erratically, frightening Rilah. Seated in the back of the car, Anthony reached back and took Rilah’s phone as she attempted calling her mom.

According to information dug up by Starcasm, they ended up in an “abandoned gas station.” There, he allegedly called his mom and tried to stop Rilah from calling her mom. The Unexpected star allegedly put his hand over Rilah’s mouth, and she screamed for help. In her version of events, Anthony then “exited the vehicle, opened her door, grabbed her legs and tried to forcibly remove her from the back seat. Rilah was able to prevent him from forcibly removing her by grasping Malaya’s car seat.”

Finally moving on from the gas station, the couple then ended up at the community event. There, she said she reported the incident to some police people as Anthony took Mayala. The Unexpected star got little reaction, as those officers told her it was a civil matter. Pretending to make up with Anthony, she finally got him to take her home. After that, he drove away to somewhere else.

Anthony gave a different statement, and the police records show he claimed that “Rilah began hitting him from the back seat while he was driving, and that’s when he pulled into the gas station. He admitted to trying to remove Rilah from the vehicle. ‘Anthony stated, Rilah attempted to defeat his actions by kicking him.'” Arrested, he ended up needing a bond of $500, which his mother paid. The court date for the Unexpected dad’s still some time away. However, in the meantime, he’s “wearing an EMPACT monitoring device” and can’t contact Rilah or her family.

What do you think about these two versions of the events that led to Anthony’s arrest for alleged domestic battery? Sound off your thoughts in the comment below.