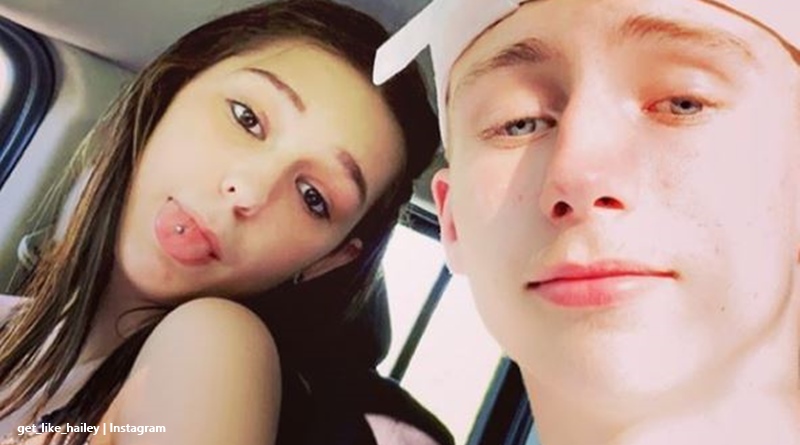 Unexpected fans thought maybe Hailey 2 and Matthew expected a baby. But, she never shared recent photos of her abdomen. However, this weekend she shared a photo of her and Matthew dressed for a friend’s wedding, and it sure looks like she sports a baby bump.

Unexpected rumors of a baby on the way for Hailey 2

TV Shows Ace reported about the rumors that Hailey 2 might expect a baby. We wrote, “Interest grew even higher when screenshots of a Target baby registry started making the rounds on social media. But, it’s also clear that anyone could post the registration. So, some fans think it might be fake. But other signs indicate she could still be pregnant.” And, those other signs included the fact that on her now-private Pinterest, she once announced that they planned a baby gender reveal soon.

Starcasm reported that they “recall Chloe Mendoza making some sort of subtle reference to Hailey 2 potentially being a mom during her post-Reunion fallout with her co-stars.” Now, it looks like all these pregnancy rumors about the Unexpected couple might come to fruition.  Fans should note that Hailey 2 is not the original Hailey on the show. Hailey 1 and Matthew produced their baby Kinsley before Hailey 2 pitched up and stole away Matthew. Actually, Hailey 2 and Hailey 1, previously besties, fell out after that.

The caption that Hailey 2 put on the baby bump pic merely said, “Hands down had the best wedding date 💜🤞🏼.” Hailey disabled comments. But, she looks very much as though she sports a baby bump. She also disabled comments on a short video of the wedding. That one, the Unexpected side-kick captioned, “My best friends got married today ❤️ love this for them. The start of a beautiful life together 🥰.” So, we know that this wedding’s not between Unexpected couple Matthew and Hailey 2.”

Hailey locked down comments because they garner a lot of hate. She took to her IG some time back and noted, “I am beyond in love with Matthew. And I know for a fact the boy I fell in love with is down for me, so he’s made some mistakes?… The point of this post is …y’all can call me stupid because y’all think he cheated…believing everything you see on the internet but I know the truth. I am going to continue to live and learn with my amazing boyfriend by my side if you don’t like that, hey that’s a you problem.”

So young to father two children

Well, if nothing else, fans might speculate that Matthew’s a bit like Jihoon of 90 Day Fiance: The Other Way. Possibly, he too comes with “super-sperm.” Matthew’s very young and if Hailey 2 produces his baby, he produced two offspring very young in life. Fans already went against Matthew for fathering his first child and running off with someone else. No doubt many fans might assume that if this baby comes along, he surely failed with the learning curve.

What do you think about the wedding photo that Hailey 2 shared? Do you think that she’s sporting a rather obvious baby bump? Sound off your thoughts in the comments below.

‘Love After Lockup’ Spoilers Update: Are Rachel And Doug Still Together?
‘LPBW’ Tori Roloff Opens Up About Miscarriage, Hopes For Another Baby
‘Bachelorette’ Preview: Katie Warns Clout-Chasers To Get The Eff Out
Is Amy King Shading Josh Duggar On Social Media?
Erika Jayne Promotes ‘RHOBH’ Amid ‘The Housewife & The Hustler’ Debut