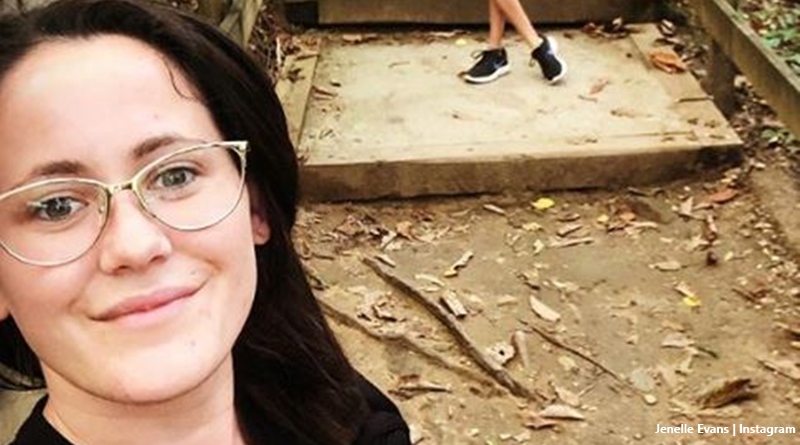 Teen Mom 2 fans heard the news that Jenelle Evans’ finally started divorce proceedings against David Eason. Kailyn Lowry and other MTV stars spoke out on social media. But only one of them wonders aloud about her motivations. Farrah is one of them who questioned it. Echoing some fans of the MTV show she hoped she’s not doing it just to get back on TV.

When the news arrived via Jenelle on her social media that she filed papers to split from David Eason, the other MTV stars reacted. Most of them wish Jenelle well. Farrah Abraham is one of them. But she also hoped Jenelle was going through it for the right reasons. TV Shows Ace reported on Kailyn Lowry’s reaction. We noted that she said, “she “wishes her all the best” in the future.” But we also noted, “Some fans wonder on social media if Jenelle talked to MTV about getting her job with Teen Mom 2 back if she split from David Eason.”

Farrah, the alum who left the show and went into adult movies questioned it, TMZ wrote. They cited her saying that she’s happy for Jenelle who left David. Like the other Teen Mom 2 cast, she felt David brought trouble to Jenelle’s family. But, she’s not certain she didn’t plan to divorce him so she could get back on the show, or any show, just to earn an income. Catching up with her in LA, she said the other Teen Mom cast members all encouraged to her to leave David.

As far as Farrah goes, it could just be that Jenelle wants back on the show. After all, we noted that the filing came with a co-incidental trip to NYC to talk to MTV big-wigs. It all sounds a bit unsavory to Farrah who suspects maybe leaving David’s part of the conditions to a return to television. While her attitude might sound a bit mercenary, fans know Jenelle’s manipulated things in the past on Teen Mom 2 to get her way. And, until the announcement, she continued sharing to Instagram about how fantastic life is with David on ‘The Land.’

The media mentioned that Jenelle took her lawyer along to the meeting in NYC and that sources suggested they hope they find a slot for her on the Teen Mom network. After all, love or hate her, Jenelle’s particularly good at improving the ratings for the show. Plus, many stalwart fans still follow and love her, despite the killing of Nugget the dog. The issue was not so much that the dog got killed, but that Jenelle still defended David and stayed with him afterward. In other words, fans felt Jenelle enabled David with his violent ways, and that could threaten the children.

What do you think about Farrah Abraham’s take on Jenelle Evans’ filing for divorce? Do you think it’s for real or just a way to get back on television? Sound off your thoughts in the comments below.